“You have to be smart to last” - Portugal captain Ronaldo on defying age, Manchester United, Messi and the future 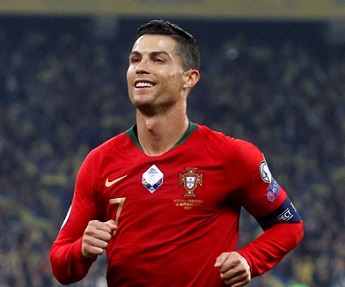 We round up the best quotes from the interview as the Seleção all-time record goalscorer also talks about Manchester United, Lionel Messi and why he refuses to focus on specific targets despite feeling there is much more to achieve.

On maintaining his level at 34:

“First of all, you must have talent. Without this it will not be possible to do much. After that, talent without work is useless. Nothing falls from the sky. I would never have gotten where I did without my work ethic.

“We all get old. You may be healthy for a long time, but the body naturally declines; we can do nothing about it. They say I have the body of an athlete, but it's not just the physique or the training. There is the lifestyle, the nutrition, the sleep, the choice of exercises I do. About 70 percent of my life is dedicated to football. You have to be smart to last.

“I work on everything, physically and mentally. Even if perfection doesn't exist, I want to be a perfect player or at least what's closest to perfection. 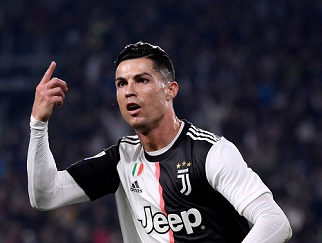 “I’ll give an example. Last night was a difficult match, we met a team (Lokomotiv Moscow) who refused to play and parked the bus in front of the goal. It was hard to score. I couldn't score and was a little frustrated at the end. It's normal if you don't do what you enjoy. Most importantly, the team won. But when I got back to the locker room, I let it go.

“I went to dinner with friends, got home at 4 am and soaked myself in ice water before going to bed. I woke up at 10 o'clock and prepared breakfast. At 11 o'clock I went to work at the gym. If you don't have this discipline every day, you can't stay on top for 15 years.

“I am what I am today because I am surrounded by intelligent people who love and inspire me. Every day I learn from them. I enjoy the best of every person I know. Four or five years ago, and even more so when I became a father, I realised that I made a big mistake when I was young: I didn't like school and I didn't learn what I should have learned.

“But my children have ten years to learn. Today I want to learn more than ever, I want to be more educated, I want to educate, I want to read a lot, books on medicine, yoga. I see many documentaries about the masters of this discipline and those who teach meditation. I practice for 15 or 20 minutes and it really works. We must try everything, because everywhere there are problems, everyone suffers from stress. If we can get rid of it, it's fantastic!”

“Seven hundred goals is an impressive amount and I'm even more proud because so few players have achieved it. The last is always the most important. But if you ask me to choose, I'd say the one I scored [for Real Madrid] against Juventus, the bicycle kick. It was a goal I had been trying to score for years. It happened at a crucial moment in an important game against a great team and an exceptional goalkeeper, Buffon.”

Development in England and beyond

“At 19 to 20, I became aware that football is numbers, titles, records and not just the performance on the pitch. If you want to win something, you have to score. It's the most important thing in 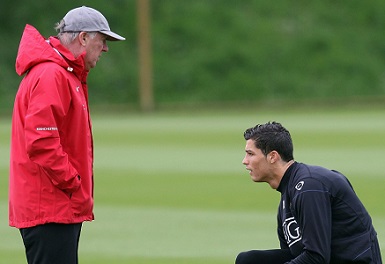 football, after your team's victory, but both are connected, so I've evolved the way I play and think football.

“At first, I dribbled, showed off my tricks, but I realised that was not enough. I had to score and I was lucky in Manchester to have great players around me that taught me and helped me improve. Giggs, Scholes, Van Nistelrooy, Rio Ferdinand. Alex Ferguson also taught me a lot and I realised that I had the potential to score, not just to dribble and assist.

“I think I'm a complete player without a real weakness. I can score with the right foot, with the left, head. I'm strong, fast. Having all this, plus a real work ethic and a healthy lifestyle, is hard to beat even at 34 and a half.

“Playing in England is not the same as playing in Spain or Italy. But playing in these three countries has contributed to my evolution. I would never have become what I am if I had not been someone who loves challenges and who does not hesitate to leave my comfort zone.

“I have great adaptability. I can switch teams, coaches or to the National Team without this being a problem for my performance. I don't think there are many players who have been champions in England, Spain and Italy during their career. Even though I have been fortunate to play in the big clubs I have done, I won there.”

“A lot of people said we were fuelling each other. Facing each other so many times, as it was in Spain, has allowed us to be better, more competitive, that is the truth. At Real Madrid I felt his presence more, and I felt more pressure as well. I think it was a healthy rivalry as two club symbols. I think he said recently that he missed me competitively, but my motivation doesn't depend on others. I always want to be on top.”

On being the 6th highest goal scorer in history

“If you look at it in that way, it could be a target because I'm not so far from the top. But I don't let breaking a record become an obsession. Everything I have achieved in my life has come naturally. It was the result of my efforts, never the target. If we focus on a goal to achieve, it fills our head! It’s by enjoying that we get the best things. But of course if I can I'll beat the record.” 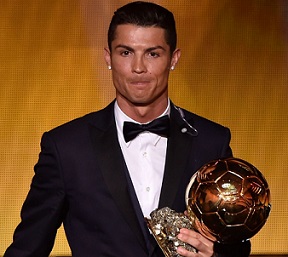 “If it was up to me, I would play only the important games. The national team and the Champions League. These are the games that most motivate me, those that have something at stake, a difficult environment with pressure. Then you must be professional and fit every day to honour your family and the club you represent and pays you. You have to do your best every day.

“It's always nice when people talk about you in a complimentary way. When they say that I was the best, a fantastic player. Today I hear everything they say about me. When it's over, by the end of my career, it won't matter to me anymore, because I will disconnect from everything. It's been 15 years since I started all these sacrifices. I appreciate what I did, but I will enjoy myself even more: being with my friends, with my family, watching my children grow up. Recount my life experience. But not now. I think I can still give a lot.”

Zack
This comment was minimized by the moderator on the site

Ronaldo is the best I have seen in this era he got all international and club level but messi is error in international trophy..Zack ..