Daniel Candeias: Portuguese reflects on Benfica regret, Steven Gerrard and Rangers experience after game of a lifetime in Turkey 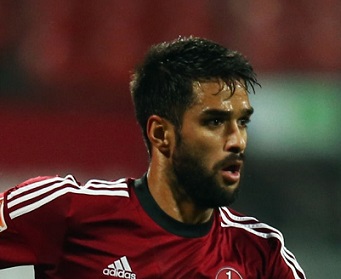 Last month, well-travelled forward Daniel Candeias produced arguably the most remarkable performance of his career in Genclerbirligi’s victory at Antalyaspor. The Portugal man scored a hat-trick and provided two assists in the first half alone as his team ran out 6-0 winners, marking the first treble of a football journey which has taken in six countries.

Speaking in the wake of the victory, Candeias discussed his path back to Turkey, where he currently enjoys a second stint, and in particular remembers his drawn-out exit from Benfica and a controversial departure from Scottish giants Rangers earlier this year.

Candeias had yet to open his account for new club Genclerbirligi before last month’s headline-grabbing victory, with the Ankara side making a disappointing start to the Super Lig season. The unexpected turnaround in form led to Maisfutebol asking the 31-year-old if the performance was the match of his life.

“When I was at FC Porto I scored some hat-tricks, but at that time I was playing as a striker and my role was to score goals,” he told the paper. “But this was my first one as a professional. The game of my life? It was fantastic because of the goals and because the team managed to overcome a negative situation. This doesn’t happen every day.

“It is true that we started the championship badly, perhaps because the team has many new players. When you don’t win it starts to affect morale and we did get a little anxious, but we had already had some good performances. Against Trabzonspor, who are a great team, we drew away and against Basaksehir we started to win and conceded individual errors. We knew we had quality.”

Candeias started at Porto, but after several loan spells the Portugal youth international ultimately joined Nacional in 2010 at the age of 22. Another loan with Portimonense followed, before three strong seasons with Nacional attracted the attention of Benfica, who signed Candeias on a free transfer in 2014. 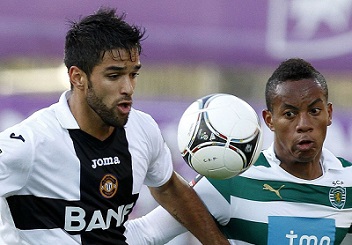 The move appeared to provide the dream stage for the Guarda native, especially after Jorge Jesus – by then entering his final season at the Estadio da Luz – publicly praised Candeias as one of the most problematic players his team had ever encountered. However, the move to the capital proved a major disappointment consisting of various loan moves and not a single appearance for the Eagles.

Candeias spent the next four years in four different countries on loan deals, taking in Nurnberg in Germany, Granada in Spain and Metz in France, before spending the final year of his Benfica contract in Turkey with Alanyaspor.

“[The words of Jesus] gave me confidence, but then he just told me I could go on loan. So I said to him that if that’s the case I’ll continue elsewhere. Signing for a big club just in order to say I did is worthless to me.

“The impact of that? Always moving clubs is not good. It is not easy, neither for me nor for my family. I demonstrated in Portugal that I had quality and I feel that I had the capacity, even though I was not a starter, to help and have an opportunity at Benfica. People did not feel the same. Instead of jumping from club to club, it would have been preferable for them to have sold me earlier.

“Do I regret Benfica? At the time I thought it was the best decision for me. I believed in my quality. But if I knew then what I know today, I might not make that decision. But we can never know what will happen. Sometimes work and dedication is not enough in football. Did I feel abandoned by the club? That’s not what I mean, just that I deserved a little more respect.”

Following the expiration of his contract with Benfica, Candeias headed to Glasgow to join Scotland’s Rangers, where he linked up with Portuguese boss Pedro Caixinha at Ibrox. Caixinha did not last long in the Scottish Premier League, but Candeias looks back fondly on his two years with the Gers, which came to somewhat sour end.

“My intention was to stay in Turkey for several years,” he recalls. “But at the time I got a call from mister Caixinha and couldn't say no to a club like Rangers, to not have the experience of playing for such a big club and in the Europa League.

“The set-up was fantastic. I felt that this club could reach the level they are currently reaching. For the set-up and the fans they have, they deserve it. 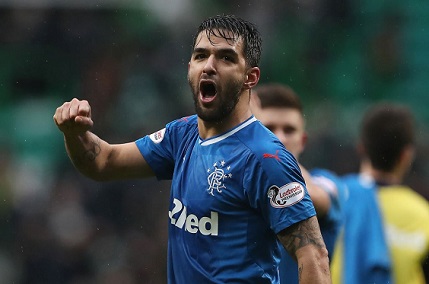 “It was a source of pride to have participated [in the Glasgow] derby, which is considered one of the best in the world. I scored a goal in a game we didn't win, but that is a landmark in my career. I had already experienced a fantastic atmosphere the first time I played at Besiktas’ stadium in Turkey, but after living the Glasgow derby and some of the European nights there…it’s something.”

Candeias’ second term at Rangers saw him coached by former England international Steven Gerrard, making his first steps in management. The Portuguese is impressed by his old boss, but admits his relationship and mistrust of the club’s sporting director ultimately led to him leaving Scotland during the summer for a return to Turkey.

“He (Gerrard) is a very charismatic person and is respected by everyone,” he said. “He’s on the right track to becoming a great coach. Can he reach the level he did as a player? I think he has everything needed for that. He is demanding, likes to teach players, knows how to get the message across and is already in a huge club, with pressure to win, but he is used to it because of his experience as a player.

“The affection of the fans and the messages they still send me are a sign that I did a good job [at Rangers.] People wanted me to stay: both the coach and my teammates, who until the last day didn't want me to leave. And that made me think twice.

“I do not know if it was a Portuguese thing, because I know all the other Portuguese before me were sold. But you would not have assumed they wanted me to leave after my first year because I was considered the best player for supporters and the best assister in the league. But I knew he had tried to get rid of me. This year I felt it again and realised it was the right time to leave.”

As such, Turkey is once again the place Candeias calls home and the focus remains on lifting Genclerbirligi out of relegation trouble, with the team currently slumped in 17th place and the 6-0 win over Antalyaspor their only victory to date after nine rounds of action.

“Our main goal is to keep the club in the first division and we want to ensure survival as soon as possible,” insists the forward. “We know the championship is competitive, but we can handle it. We have good players, a good team, a fantastic training centre and a practically new stadium, which we share with Ankaragucu, similar to Milan and Inter do.

“When you talk about this country, the bad part is almost always discussed, but Turkey is a fantastic country. Of course it may depend on the cities, but here in Ankara and Alanya have always felt like family.”

Brilliant to see this article on here, very good surprise! Easily one of my favorite Rangers players over the last few years. I haven't met a Rangers support who didn't appreciate him, especially his hard work and determination. We have been...

Brilliant to see this article on here, very good surprise! Easily one of my favorite Rangers players over the last few years. I haven't met a Rangers support who didn't appreciate him, especially his hard work and determination. We have been rocked a few times by Celtic in-recent seasons but he always had fight and a few clattering tackles in those games to go along with his skill.

Really did not want him to leave.

Pola33 appreciate the comment, thank you. Do you think Rangers wanted his wages off the books or was it a football decision? I think Gerrard suggested his departure has benefited others...

I wish I knew. Rangers have signed a lot of players since Gerrards arrival and at the time the story was he was leaving for first team football. I don't think it was down to wages I just think Gerrard wanted to bring in his own people. Wing play...

I wish I knew. Rangers have signed a lot of players since Gerrards arrival and at the time the story was he was leaving for first team football. I don't think it was down to wages I just think Gerrard wanted to bring in his own people. Wing play has not been great this season and there has been a few injuries, so his departure has not benefited the club that is for sure!