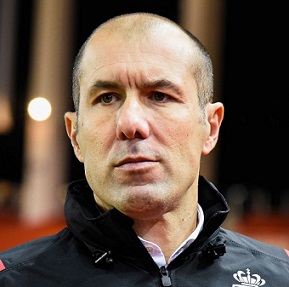 Two of Portugal’s most famous coaching exports have been on the move during the festive period, with Leonardo Jardim leaving Monaco for the second time in a little over a year, while the vastly experienced Jesualdo Ferreira has undertaken an exciting challenge in Brazil with Santos.

Augusto Inácio also headed to Brazil to join Avaí and Pedro Barny took charge of El-Gouna in Egypt, but former Sporting boss Paulo Sérgio paid the price for some costly defeats as he was sacked by Saudi Arabian club Al-Taawoun and Rui Águas left his role with Cape Verde.

Jardim’s departure from Monaco, announced a few days after Christmas, may have come as a surprise to some observers, but there had been reason for concern for the former Sporting man. Although the Monegasques found from during the autumn following a poor start, the response from board level to their recent 5-1 win over Lille raised alarms.

Speaking after the match, vice president Oleg Petrov avoided praising Jardim, telling reporters: “It is progress but despite everything, it is not enough, the team deserves better. We think we have to do better. In the next few days, we will analyse everything and make adjustments. We think it will make the team stronger. Our objectives remain unchanged.”

And so the 5-1 victory over Lille proved Jardim’s last match in charge, despite winning eight of his last 12 Ligue 1 outings. Monaco moved quickly to announce the appointment of former Spain coach Robert Moreno as Jardim’s replacement.

“On behalf of President Dmitry Rybolovlev, I would also like to thank Leonardo Jardim for all his work and success in recent years,” Petrov said during the statement to confirm Moreno. “Leonardo and his staff did their utmost to keep the club in Ligue 1 last season and then bring the team back to the place it deserves in our championship. We wish him good luck for the future.”

Jardim’s second spell at the Stade Louis II lasted just eleven months. The 45-year-old was brought back to the club in January 2019, just three months after he was dismissed following a poor start to the campaign. Monaco won the 2016/17 French title during Jardim’s first stint with the club.

Given Jardim’s achievements at Monaco, most notably guiding the club to a historic title in 2016/17 despite working on a far inferior budget to the all-conquering PSG, it is likely offers will soon come his way. If you think you know Jardim’s next club, or any other outcome from the world of sport, you can profit from the knowlege at Bettingtips4you.com.

Jesualdo set to begin in Brazil, Quaresma to follow?

Jesualdo Ferreira arrives In Brazil on Monday to take his first steps as manager of Santos, having signed a 1-year contract with the club before Christmas. Santos, who finished runners-up to Jorge Jesus and Flamengo last season, begin their pre-season training on Wednesday, giving the veteran Portuguese only a couple of days to adjust before starting work. 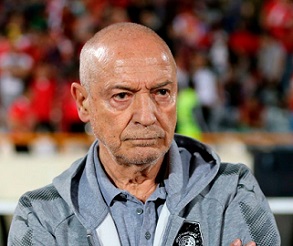 But what awaits the 73-year-old at Pelé’s home club in the port city within Sao Paulo? Jesualdo arrives to find a testing environment where budget issues led to the departure of popular coach Sampaoli, who impressed many with his stylish and exciting football last year. With little money to invest, Jesualdo will be expected to build on Sampaoli’s legacy and compete with richer clubs such as Flamengo, Palmeiras and Gremio.

Like many Brazilian clubs, Santos has proved an unstable environment for coaches. Indeed between 2011 and 2019, just three times has the man at the helm in January remained in his position for the full year: Mauricy Ramalho in 2012, Dorival Junior in 2016 and Argentine Sampaoli last year.

Santos has employed 15 foreign coaches during their 107-year history, of which none have managed to win an official trophy. Ten of the 15 bosses have been South American, while the five Europeans include two Italians, one Austrian, one Hungarian and the first – an Irishman named Harold Cross back in the club’s amateur stage in 1912.

In his attempt to create history, Jesualdo will have four competitions to fight for during 2020: Campeonato Paulista, Copa do Brasil, Copa Libertadores and Brasileirão.

According to reports in both Brazil and Turkey, Jesualdo may be assisted in his ambitions by Ricardo Quaresma. Santos are believed to be keen to add the veteran Portuguese winger to their ranks to help their new boss, while Turkish sources have indicated Kasimpasa would be willing to allow the 36-year-old to leave. 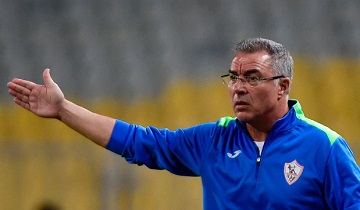 Also starting work in the southern part of Brazil in the state of Santa Catarina is former Porto hero Augusto Inácio, who takes charge of relegated Avaí for the 2020 campaign back in Série B. Avaí finished bottom of the Série A standings last term, ending the season 19 points adrift of safety and dropping out of the top flight for the 5th time in the last decade.

Inácio, who won five Portuguese titles with Sporting and Porto as a player during the 1980s, as well as the European Cup with the Dragons in 1987, brings with him a wealth of managerial experience. The 64-year-old won the Primeira Liga with Sporting 2000, as well as the Segunda Liga with Beira-Mar in 2006 and Taça da Liga with Moreirense in 2017, while his foreign coaching experience includes spells in Greece, Qatar, Romania and Egypt.

More Portuguese on the move

Another Portuguese set for a new foreign adventure is Pedro Barny, who is returning to Egyptian football for a third time. The 53-year-old is the new coach of El-Gouna, who currently sit 11th in the table. Barny, whose playing days took in Boavista, Estrela, Belenenses, Sporting and Aves, has spent much of his coaching career as an assistant to the internationally esteemed Manuel José. Barny’s last managerial role saw him manage Ismaily in Egypt in 2018.

Finally, more departures as Paulo Sérgio is no longer coach of Saudi Arabians Al-Taawoun and Rui Águas leaves his role with Cape Verde. Former Sporting boss Sérgio, who replaced Pedro Emanuel at Al-Taawoun in the summer, loses his job after three defeats in four matches, while Águas ends his second spell with African nation Cape Verde in order to pursue another project.

Fernandes
This comment was minimized by the moderator on the site

Come on, most interesting league in the world.