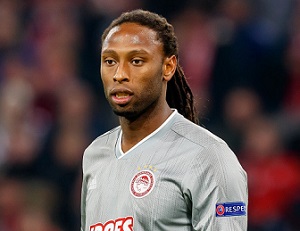 “Rúben Semedo will be the future centre-back of the Seleção, I have no doubts,” proclaimed Sporting coach Jorge Jesus in May 2016, having successfully integrated his talented 22-year-old defender into a Lions side enjoying a formidable end to the season.

Jesus went on to assert that he expected Semedo’s transition into senior international football to commence imminently. However, almost four years later it is only now that Semedo has the realisation of such expectations back in sight after numerous off-field issues threatened to entirely derail the career of one of Portugal’s brightest prospects.

When Jesus tipped Semedo for the top, having recalled him mid-season from a loan deal at Vitória Setúbal, the youngster from a rough neighbourhood on the outskirts of Lisbon had channelled a difficult upbringing into a front-foot, aggressive style of defending which drew comparisons with seasoned hardmen such as Bruno Alves and Pepe.

Semedo, whose father was imprisoned for much of his childhood, had regularly incurred minor disciplinary issues during his ascent through the ranks at Alvalade. However, for the academy coaches at Sporting, his talent and potential to reach the highest level was seldom questioned, making his rise under Jesus of little surprise to those on the ground at the Lisbon club.

The following season – ahead of which Sporting boosted his contract and release clause – brought more progress and by summer 2017 Sporting’s latest prodigy was off to embark on his first foreign venture. Spanish club Villarreal splashed out €14m to take him to La Liga, but the next six months would see Semedo’s life and career plunge into doubt in shocking circumstances.

Things went badly from the start in Spain, with injury issues and an early-season change of coach resulting in Villarreal’s expensive new recruit falling out of favour early on in the campaign. It was during his recovery from a hamstring injury in November 2017 that Semedo was allegedly involved in an altercation in a Valencia bar, for which he was arrested the following January. 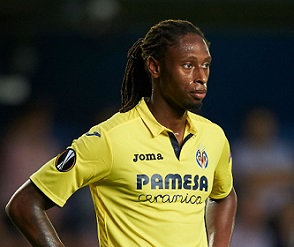 A charge of brandishing a firearm during the incident led to authorities announcing Semedo would stand trial, but by February the Portuguese was taken into custody after a separate arrest. The second charge related to an incident during which Semedo was accused of kidnap and attempted murder, leading to five months spent in police custody before bail was posted in July 2018.

Semedo’s agent rallied around his player, suggesting many of the accusations contained in the case were false, while ex-boss Jorge Jesus insisted his former charge was “an exemplary professional” and expressed his surprise at the news. Villarreal, however, decided to cut their losses and Semedo was loaned out to newly-promoted La Liga side Recreativo Huelva for the upcoming 2018-19 term.

Although Semedo was issued a return to regular football during the opening half of the season, in Huelva’s Francisco he again found a coach who demonstrated little faith in him, and a return to Portugal with Rio Ave on a similar loan was arranged mid-season. The move back to his homeland allowed Semedo to regain form, with 14 league starts in the second half of the campaign allowing his focus to return to playing football.

While Villarreal had decided their big-money purchase was no longer a viable option moving forward, Semedo’s reputation in Portugal remained strong and Portuguese coach Pedro Martins saw an opportunity to bolster his defence at Greek giants Olympiacos. A €4.5m deal was agreed, with Semedo signing a four-year contract on a substantial salary in Piraeus.

“I was the one who pushed to sign Rúben Semedo,” former Vitória Guimarães boss Martins declared. “He could reach a top club and be the future of the Seleção. He has the potential to play at a high level.”

The decision was vindicated immediately as Semedo settled into his new surroundings, scoring twice during his first four games as Olympiacos successfully navigated the Champions League qualification phase, leaving Martins to bask in the wisdom of his capture. “Going to Rio Ave was important,” Martins said. “He can play at a higher level than that, but it was a clever decision and the spell there allowed him to prepare for another stage.”

Like Jesus and Martins, Fernando Santos has also been quick to demonstrate his belief in Semedo’s potential. The Portugal boss issued Semedo his first senior international call-up in November 2018, just a few months after his fresh start in Greece. “It’s not because of a setback in life that people don’t have the right to follow their path and move forwards, he has showed he can respond,” Santos announced.

There can be little doubt Semedo is doing just that, having made himself the cornerstone of Martins’ defence as Olympiacos remain undefeated domestically so far this term. As well as his typically eye-catching defensive displays, Semedo added goals to his game in 2019, with seven coming across his spells with Rio Ave and Olympiacos having never previously scored at professional level.

Semedo is unlikely to ever develop a cool temperament, as evidenced by a recent red card in Greece for a confrontation with a ball-boy, but for now the 25-year-old is largely directing his tenacity into becoming the formidable defender many anticipated when he took Portuguese football by storm in 2016. His combination of size, power and lightening speed have already caught the eye of many top clubs, with Martins acknowledging Semedo’s stay in Greece could be a short one.

“As coaches we are always prepared for it, especially as we know finances have to be balanced. There is a lot of talk about [Semedo joining] Benfica, but it’s not just Benfica because I know that lots of other clubs are interested.” 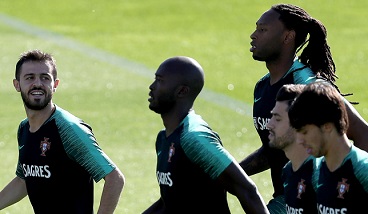 “I have turned the page”

As an end of season move emerges as a possibility, this summer also offers the stage to complete a significant stage of Semedo’s rehabilitation: the chance to be a part of Portugal’s defence of the European Championships. A year on from spending his nights in Spanish custody, the change in fortunes could scarcely be more acute for the former youth international.

“I'm in a good moment, I'm justifying what was said about me in the past,” Semedo recently told Spanish media, before appreciating the impact of his Greek team in providing the supportive environment seemingly vital to helping him stay on track. “Olympiacos is a great club, they play European competitions and there are many Portuguese here. So I chose this club. Life here is very peaceful. I am happy, the club helped me to overcome my personal problems and I will give them 100% of me.

“I want to be one of the best and this is the way to do it. I have turned the page. I rely on my teammates to help me reach my goals, such as the national team. Better than talking about the new version of me is watching the games, both in the league and Europe. I want to be at the European Championships defending Portugal’s title.”

With little clarification yet on the unresolved legal issues in Spain, Semedo can only focus on continuing to rebuild, not just on the pitch but away from the day job where a young family are a constant support and motivation.

“I am going to have a conversation with my children and explain to them everything that happened. I am sure they will understand me. We went through all this together, as a family. They know that I love them and that I was at fault, but it served as a learning experience.”

Semedo is having a very strong season in Greece, by all accounts. My team Benfica were apparently interested in signing him this past January. I wish we had, given our recent defensive woes. Semedo at his best could be just the kind of CB we...

Semedo is having a very strong season in Greece, by all accounts. My team Benfica were apparently interested in signing him this past January. I wish we had, given our recent defensive woes. Semedo at his best could be just the kind of CB we need: tough and with lots of physical presence (aspects lacking from our defence in recent weeks).

Apparently Olympiakos were interested in signing Zivkovic from us in January. We should go back for Semedo in the summer, with Zivkovic (who's clearly not in Lage's plans) perhaps included in the deal. Semedo in good form is also good news for the Selecao as we are a little light of options at CB.

isn't he right back?