Portuguese in China: João Silva on the long road back to normality 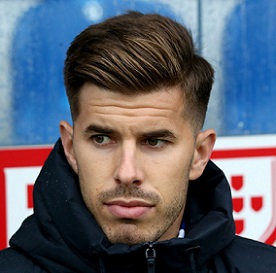 João Silva has been back in China for almost two weeks, having left the country in which the coronavirus pandemic emerged in January. The Portuguese striker will shortly begin full training with his club Nantong Zhiyun, based in the Jiangsu province on the eastern coast, ahead of hopefully finally returning to action next month.

Speaking to Portuguese outlet Maisfutebol, Silva has been discussing the impact the spread of Covid-19 has had on his life and career, how the authorities have appeared to manage the crisis and recapping his sporting journey through England, Bulgaria and Italy.

Former Everton and Palermo man Silva, 29, spoke at length as he anticipates ending a two-week quarantine period enforced on anybody entering the country from abroad. Silva is based in a closed quarter of the club’s training ground, where he exercises in accordance via video communication with club coaches to prepare for joining his colleagues on the training ground.

“What I can say is that I am doing great here, I am being treated very well,” Silva said early this week. “I feel safe, much safer than if I were in Europe. Unfortunately, my family is not here with me, but thankfully I came a week ago, because if I came now I might have more difficulties to get to China in terms of flights.”

The recent trip back to China was Silva’s second visit this year, having arrived in Nantong in January expecting to begin preparations for the 2020 China League One season. Silva signed for his current club last August after ending his Feirense contract at the end of last season, scoring two goals in seven games during the close of the East Asian calendar before returning to Portugal in November to spend Christmas with his family.

“I finished the season in November, took my holiday and in January the pre-season started,” he explains. “During in January we had a little break and that was when the great confusion over the virus appeared. The club sent me home. I came back to Portugal, but now in March the club called me back because things here are already normalising.

“I questioned the club, asking if it was really safe and I was assured that things were normalising and I had to go back to training. Of course, my family was apprehensive about the virus, there was a lot of uncertainty, but it is normal. But for the club to send for me it means everything is under control.

“Of course it is difficult, because I am alone here and I have my family in Portugal, it is a complicated situation. We have no dates for my wife to come. The club wanted me to come back because they were starting training. I was assured that things were normalised and it was safe. Perhaps it is safer here than in Europe.

Getting back to normal 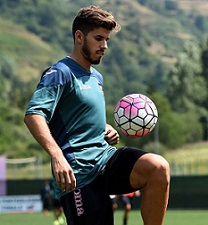 China’s extreme measures in controlling the spread of coronavirus disease, including an enforced quarantine of the public which lasted for almost two months, has seen the landscape of the pandemic change across the world. With few domestic cases now reported, the concern in China has switched to infection from abroad, making entry into the country problematic.

“The truth is that the people obeyed government orders,” Silva says. “They were practically at home for 50 days. When I arrived at Shanghai Airport, my God, I was on the plane for about ten hours waiting for the doors to open. There is a lot of control, the airport is empty, to avoid crowds, but they control all passengers arriving from abroad. They are very organised in that respect because now they are the ones who are afraid of Europe.”

Quarantine time for new entries to the country is two weeks, with the previous shorter measure recently extended by authorities to improve safety, meaning Silva is set to re-join communal training having arrived on 6th March. Each player has been issued a mask for added security, which are to be worn when travelling and moving around the training centre. “Everyone is wearing a mask,” Silva says. “Even before the virus, because of pollution, in large cities there were already many people in masks. Now everyone uses it, without exception.”

Although the situation appears to be positive in China, Silva naturally follows events back in Europe closely and with concern. “I have never understood why Portugal didn’t close its borders yet,” he said. “Portugal is not yet in a state of emergency but I think it should. It’s a way of preventing what seems obvious. China was able to alleviate the situation and return to normal with a strict quarantine. That's how they managed to fight the virus. China was quarantined and if it hadn't, today the Chinese might not be enjoying the sun. The parks are already open. People wear a mask, but otherwise everything is back to normal.”

Now the end of the crisis is in sight, the Chinese football season hopes to begin on the weekend of April 17/18, having originally been due to commence on 28th February. “It is not yet official, but even today I saw news that said that everything was being prepared to start in April, we will see,” said Silva, who has trained via video conference in sync with other teammates. “It will start two months late, we even talked about the possibility of cancelling the cup this year,” he adds.

From Aves to England, Bulgaria and Italy

For Silva, the resumption of an intriguing career which started with Desportivo das Aves, whom he joined at the age of nine. During his first year as a senior player, Silva was one of the top goalscorer in the second division with 14 in 30 appearances. The exploits attracted the interest of English outfit Everton and Silva joined The Toffees in 2010 at the age of 20. 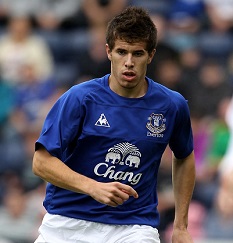 “I always trained with the main team, I even played in the Carling Cup (League Cup) but I almost always played in the reserves. I used to speak with [manager] David Moyes a lot, he told me that a young man had to work hard, but I learned a lot there.” The stagnation lead to loan deals back in Portugal: “I wanted to play, I wanted to go to the national team and I chose to return to Portugal. I scored four goals for Leiria, I scored two goals against Benfica [in a 3-3 draw at the Luz] and then four more while at Vitória.”

Then came Bulgaria, where Silva spent a year with Levski in the capital Sofia. “It was a season that went well for me individually, but it ended very badly in collective terms because we lost the championship on the last day,” he recalls. “We were relying on ourselves to become champions, but we drew at home and lost the championship to Ludogorets by one point. Then we even lost the Cup final to Beroe on penalties. It could have been a year of glory and we ended up with nothing.”

After a year in Sofia, next came Italian football, firstly with Bari in Serie B, which Silva recalls as “spectacular” before a switch to Sicily and Palermo ahead of their return to Serie A. “It was a Palermo with Vázquez, Andrea Belotti, Dybala. I made my debut against Napoli, it was Dybala who came off for me to come on. We had a good campaign, but individually it was bad because I played little.”

Uneventful spells with Paços de Ferreira, Avelino and Salernitana followed before Silva settled at Feirense on a two-year deal in 2017. “I had two good seasons, I scored goals, it went well and in the end I had offers coming from Portugal and several countries,” he says. “Among the various offers, there was a tempting Chinese II Division club, Nantong Zhiyun. I had already played in several countries and as the adventurer I am I chose China.

“Culturally [China] is quite different from the experiences I had previously had, in terms of food, mentality and culture, but it is all about adaptation. As a player I have my diet, like grilled food, rice, pasta, I didn't have any big problems. They eat black eggs that they call rotten eggs. They are really black eggs, it’s disgusting just to look at. They eat a kind of sauté with frogs, I also saw a kind of soup with black chicken. They have a very different culture, but on the other hand they also eat a lot of vegetables.”

On the football side, the man from Santo Tirso is optimistic, but inevitably the upcoming season is currently taking only part of his focus. “I want to have a great season, I have another year on the contract. I am calm, aware of what I can do. I want this to normalise, I want to get out of this critical situation and the championship to start. I hope this virus will go away for good because it is causing a lot of damage and it is worrying to be watching all this."

Maddog
This comment was minimized by the moderator on the site

So this guy left China in January when the outbreak was out of control and now that it is bad in a Europe and improved in China, he already went back. Losers like this are the reason the virus spread. Hordes of selfish people like this fled...

So this guy left China in January when the outbreak was out of control and now that it is bad in a Europe and improved in China, he already went back. Losers like this are the reason the virus spread. Hordes of selfish people like this fled China, some taking Tylenol to drop their temperature to get by checks and get on flights to other nations...