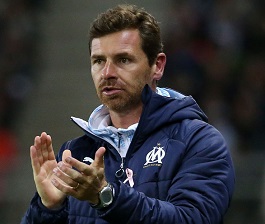 André Villas-Boas has reaffirmed his immediate commitment to current club Marseille, but admits he is seeking assurances over the French team’s plans, following a highly-successful debut season in Ligue 1.

Meanwhile, the former Porto boss says he would like to experience Japanese football in the future, while seeming to downplay the prospect of a return to the English Premier League or any other European move.

Marseille were confirmed as runners-up in the French top flight after the covid-19 pandemic caused the season to be ended early. The 2nd-place finish sees Villas-Boas and his side qualify for next season’s Champions League, but the Portuguese expects to meet with the club owners to discuss investment in the team.

“I'm going back to Marseille to talk to [president] Jacques-Henri Eyraud and [sports director] Andoni Zubizarreta on Monday,” Villas-Boas told RMC. “The most important thing, for me, is to understand what will happen in the structure. I have to understand more or less who will be alongside me. We need and want to have the power to make decisions.

“I'm doing well at Marseille, I don't want to look for other clubs or options. I want to play the Champions League with Marseille, but I want to know but how economically dependent we are. If we are unable to do a good job, I think it is not worth it. I think Jacques-Henri will have answers. If there are differences between us, we must be honest enough to say things in person.

“It’s important that we, alongside the sporting director, have the opportunity to have a transfer window of quality transfers, under not the best conditions, but that will allow us to be competitive. We are not naive enough to forget the economic situation of the club.”

With Villas-Boas seemingly focused on remaining in France for now, the issue of the 42-year-old’s future often intrigues and it comes as little surprise that Villas-Boas has his eyes on another unconventional move. Having already worked in East Asia with China’s Shanghai SIPG, the prospect of another switch east intrigues him.

“I have already said that they’re more likely to see me at the Dakar Rally (Villas-Boas took part in 2018) than back in the Premier League or anywhere else. Geographically, I’d like to do Japan. I want to discover Japanese culture and Japanese football.”