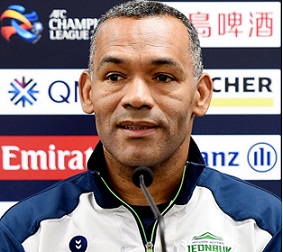 The new season in South Korea will finally get underway on Friday, as the K League 1 becomes the first high-profile competition to resume play since the global outbreak of covid-19.

Champions Jeonbuk Motors will host Suwon Bluewings in a match to be played behind closed doors on the first matchday of the 2020 campaign. The season was originally scheduled to start on the last day of February, but after two months delay play will finally begin this week.

Leading Jeonbuk’s defence of their title is Portuguese boss José Morais, who won the first national championship of his career as a manager last year. Speaking to Maisfutebol, long-time José Mourinho colleague Morais spoke about the prospect of playing again and the steps taken in the country in response to the virus outbreak.

“Fortunately things are improving, to the point where the start of the League has been authorised, even if it is in this way,” said Morais. “It is a sign that the coronavirus is controlled enough to allow, little by little, the return to normality. At least we will have the possibility to compete, and through television we can bring football to our fans. That is the great joy.

“The population was already accustomed [to the measures] because environmentally there’s the influence of pollution in these parts of Asia. Most of the population already wore a mask. There are daily alerts regarding air quality. Alerts are issued to mobile phones advising the use of masks. When the coronavirus situation happened, adaption was easy.

“There is another aspect, to do with the habits of the population itself that I noticed last season. Every time a player had the flu, he didn't even come to the training centre. If I had a fever, I would go to the hospital, which has a certain number of rooms reserved for people with the flu. I found it interesting. In South Korea they already concern themselves with these procedures so others aren’t infected. That is even when talking about a simple flu.”

The government approach to restrictions in South Korea has been far less intense than many other parts of the world, but for Morais and his Jeonbuk squad there was a clear and controlled 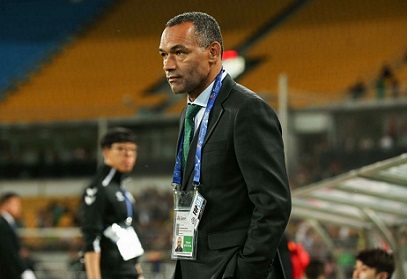 system in order to ensure they played their part in keeping football protected.

“The squad was isolated inside the training centre,” he says. “It was closed to the outside, just receiving food. We did not need to send the players home, or to start individualised training. All Korean teams have these conditions and ended up fulfilling this quarantine, in the expectation that the League would start.

"Nature of the game has not changed"

“We played two warm-up games. On the bench it is mandatory to wear a mask, even those who need to communicate with the pitch. It’s not uncomfortable, it’s just a difference in how far your speech goes. After the opening whistle it was normal, a game with contact, with communication, with proximity. The nature of the game has not changed. The games have fewer journalists.  In the press room everyone wore a mask, and there was a distance in the position of journalists. And I spoke with a mask too, something we were not so used to seeing.”

Jeonbuk’s match with Suwon on Friday will no doubt attract plenty of attention across the world, with reports of wide international interest in TV rights. For Morais, who has worked in a remarkable 13 countries and taken a role on Mourinho’s coaching staff at some of Europe’s great clubs, a new experience in football will take greater shape when the match kicks off.

“A mix of excitement and expectation,” he said. “It will be all new! We will see. We are looking forward to seeing whether the enthusiasm will be the same. I don't know what solutions they will find so that the virtual viewer feels the emotion that he would feel in the stadium. I believe in creativity and I believe that there will be pleasant solutions.”