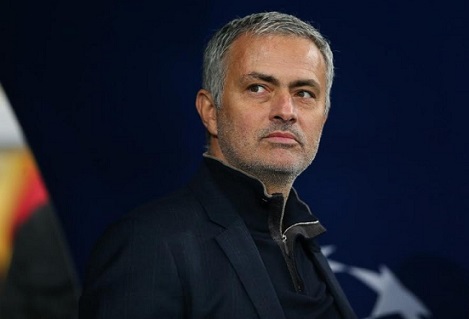 José Mourinho has moved swiftly to deny suggestions he is leading a managerial fight to delay the re-start of the English Premier League, as the country begins to ease lockdown restrictions.

Various media outlets reported on Wednesday that the Tottenham Hotspur boss attended a meeting with other Premier League managers, during which he attempted to gain support in pushing back ‘Project Restart’ over concerns regarding player fitness.

However, the Portuguese has released a statement clarifying his role in the meeting and insisting he is keen to resume the remainder of the season as soon as safety permits. "I don't think my position in the meeting has been reflected fairly at all today in media reports,” read the statement.

“I have not asked for any delay. I want to train, and I am desperate for the Premier League to return as soon as it is safe to do so, particularly now we are seeing other leagues preparing to return to action.

“I am extremely proud of the way my players have maintained their fitness - they have shown great professionalism, passion and dedication.

“We have all been working extremely hard through remote squad training sessions and isolated running now the pitches are available to use again at the training centre.

“Every player has been extremely committed in terms of their individual work and now we wait for clearance to commence working in small groups again, which I will fully support.”

Great Britain is currently divided over steps to be taken in staging any easing of restrictions during the newest phase of the covid-19 pandemic, with Scotland and Wales providing alternative guidelines for their population to those given to the English public by Prime Minister Boris Johnson.

The English Premier League is reportedly considering June 12th as a possible starting date for ‘Project Restart’ to commence, but many remain sceptical over the likelihood of a smooth resumption.