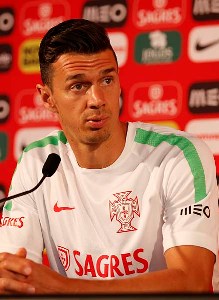 Lille captain José Fonte is back in Portugal on his official summer break after the French Ligue 1 season was ended by the covid-19 pandemic, and the veteran defender spoke to Eleven Sports about a range of topics in a new interview.

French football made the decision to abandon the remainder of the 2019-20 season with matchday 28 yet to be completed, making it the first and so far the only one of Europe’s big five leagues to call an end to the campaign. Lille’s 4th place position is now final and they will compete in the Europa League next year.

Banking on Lille making a splash in next season’s Europa League may prove as profitable as a trip to w88.com. Fonte has time to dwell on European competition next season, but for now he is thinking of the here and now.

“As my family does not live with me in France, I have taken the opportunity to spend more time with them and it has been excellent,” Fonte said. “I have enjoyed time with my children and family.

“But of course, the end of the season in France was a disappointment, as we were in excellent form. We were on a fantastic recovery, we were just one point behind Rennes and seven points behind Marseille, who was in 2nd place which gives us direct access to the Champions League and which was our big goal. Now we need to focus on the next season, as we will start training on June 12th.”

A notable aspect of Lille’s season has been the form of Renato Sanches, who arrived in a club-record deal from Bayern Munich last summer. Sanches enjoyed an impressive debut season in France and was recently recognised with a place in L’Equipe Team of the Year based on player ratings. Fonte agrees the season has been the making of the former Benfica midfielder.

“He is undoubtedly a different player for the better,” Fonte said. “In a short space of time he has become our most important player. Now he understands all the aspects of the game, tactically he is very good, he always wants to improve. Today, he is undoubtedly a better player.”

“For Mister Santos I would play until I’m 50”

As a member of Portugal’s European Championships winning side of four years ago, Fonte’s journey to the senior international stage was a long one which saw his first cap at the age of almost 31 back in 2014. Speaking about his road to representing his country, the 36-year-old put into context the unconventional career path that led him to the Seleção.

“The dream of the national team grew over the years,” he recalls. “I arrived in England at the age of 24, at Crystal Palace, which was in the Championship. Two and a half years later, I was still in the Championship and I made the decision to go to League One to Southampton. It was the right decision I made.

Fonte has a contract with Lille until the summer of 2021, by which time he will be almost 38, but the Penafiel native does not rule out a return to his homeland. Having come through the ranks at Sporting, he also represented Felgueiras, Vitória Setúbal, Benfica, Paços Ferreira and Estrela Amadora in Portugal before heading to Britain in 2007.

“Sporting, being the club that made me and where I grew up, always has space in my heart. I feel happy and cherished in Lille, but in football anything is possible and it is always prestigious to play for Sporting, Benfica or FC Porto.”