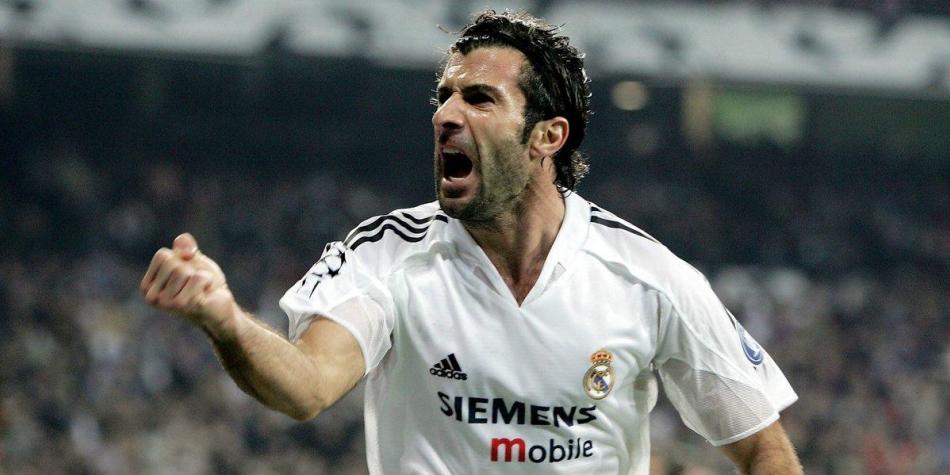 You can build a convincing argument that Real Madrid is the best club side in the world, having won the European Cup and Champions League a record 13 times; six times more than the next most successful club, Milan.

Their achievements in 2002 (the side would go on to win La Liga in the 2002-2003 season), however, hold a special place in the hearts of their fans. Champions League winners under managerial genius Vicente del Bosque, who would later take Spain to World and European Championship glory, this team was still packed with home-grown players – six of the team that started the UCL final against Bayer Leverkusen were of Spanish nationality.

It was just before what was to become known as Real’s “galactico” era. Instead of simply going out and buying the most high-profile player for practically every position, in 2002 the team included a few choice foreign superstars, notably French midfield maestro Zinedine Zidane, Brazilian left-back Roberto Carlos and a certain Portuguese wing wizard. One of the key players in the side was the legend, Luís Figo.

Amongst the very best midfield players of his generation, crowned world player of the year in 2000, Figo amassed 127 caps for Portugal, a record only surpassed by Cristiano Ronaldo.

Like all great sides, the team that won the Champions League on paper were almost unbeatable. You had stars in every position, with many playing their best phase of football in their career. If you were a betting person, you would be brave to bet against them even with a good OBC no matter your capacity for risk-taking!

The 2002 Real Madrid side had quite an array of talent, but for thrust and penetration one player stood above all others, the great Luís Figo.

DAY 26 FACT 26: Over 30 players have played for both Barcelona and Real Madrid - but Luís Figo is the only player in history to have played over 240 matches for BOTH Spanish giants.#FactADayUntilThe30thMay pic.twitter.com/7MEMZNYtX0

Born in 1972, Figo grew up in the working-class district of Cova da Piedade, Almada. At the age of 12, he joined the Academy of Sporting Clube de Portugal and played futsal to perfect his skills.

His debut with Sporting CP was on 1 April 1990, when he came on as a substitute. He would score his first professional goal against Torreense in 1991. In 1995 he signed for Barcelona, and from here his career took off.

Figo won more than most professional players ever do. Here is the full enviable list:

As a player, Figo was fast, skilful, and elegant. Defenders feared his sublime dribbling skills and he was a master of feints and stepovers. He operated as a winger for much of his career, able to deliver precise crosses and cut inside to threaten the goal.

Figo is one of the greatest players of all time and one of the reasons the Madrid team of 2002 is so fondly remembered.

Dave, UK
This comment was minimized by the moderator on the site

Figo surely won Serie A too

Dave, UK
There are no comments posted here yet