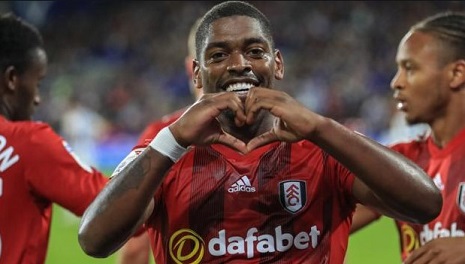 Former Benfica academy graduate Ivan Cavaleiro will be an English Premier League (EPL) player next season after his Fulham team-mates overcame West London neighbours Brentford in the Championship playoff final – the game dubbed the “£170m game”. The match had to be decided in extra time after the first 90 minutes ended goalless at Wembley Stadium.

Cavaleiro entered the action in the ultimately triumphant extra 30 minutes and will now play his part in the world’s most high-profile league for a second time, this time wearing the white of Fulham instead of the gold of Wolves.

A stunning brace of quick-fire goals from left back Joe Bryan proved an unlikely source for Scott Parker’s men, with a late consolation from Henrik Dalsgaard setting up a nail-biting finish. Cavaleiro was introduced to the fray in extra time, with the 26-year-old proving a nuisance on the counter-attack for a Brentford backline that was becoming increasingly stretched.

Pre-match, Fulham were considered the narrow underdogs for the game, given that Brentford had come within a whisker of snatching automatic promotion on the final day of the season. Nevertheless, Scott Parker’s masterplan to stifle Brentford’s danger men of Said Benrahma – a summer target for Chelsea – and top scorer Ollie Watkins worked tremendously well.

The Cottagers’ midfield and back four worked in tandem to smother any space between the lines for Brentford’s technically gifted front men to work in. Although it might not have been easy on the eye, it was certainly effective for Parker’s men, which is something Fulham have needed to add to their game, having been a soft touch for much of their relegation season in the 2018/19 EPL campaign.

Cavaleiro back in the EPL for a second campaign 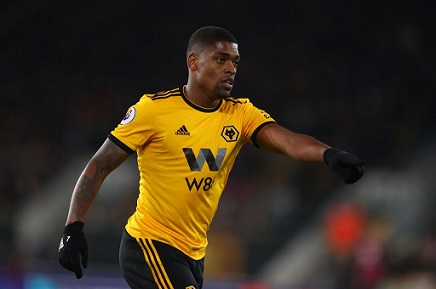 As for Cavaleiro, Fulham’s success marks a rapid return to the top-flight of English football, with him initially taking the decision to drop down into the Championship on a season-long loan at Craven Cottage. Calvaleiro soon made a blistering impact in West London, turning in a man-of-the-match display in a 4-0 battering of Millwall, scoring a brace and laying on another.

Such was his immediate success, that Fulham took up the option to sign the 26-year-old on a permanent basis in January for four-and-a-half-years, a contract that lasts until the summer of 2025. Calvaleiro has already tasted the glitz and glamour of England’s top division for one season with Wolverhampton Wanderers. This will be his second season in the EPL.

The permanent additions of wide men Cavaleiro and Frenchman Anthony Knockaert will certainly maintain the Cottagers’ counter-attacking threat, should Scott Parker look to maintain his newfound mantra of being hard to beat.

Cavaleiro and his teammates will have precious little time to celebrate their achievement. There is a very quick turnaround between the end of the 2019/20 season and the commencement of the new 2020/21 campaign.

Most sportsbooks appear to have Fulham down as second favourites for relegation, but a new mentality based on solidity and work-rate could stand them in better stead to mount a survival bid. Those interested in wagering on Fulham and Cavaleiro’s fortunes next season should note EPL futures markets already exist for soccer fans across the globe. In the US, there are regulated sports betting platforms that cater for fans in a select number of states, such as New Jersey, Pennsylvania and Colorado.

Cavaleiro, and the likes of Knockaert and Neeskens Kebano, will be asked to improve their goal output in the top-flight if they are to stand a chance of staying up. Fulham’s Serbian striker sensation Aleksandar Mitrovic was the only player in the squad to hit double figures this year, despite comfortably finishing in the top six. It’s fair to say that Parker may look to the transfer market to provide further attacking competition for Mitrovic, with any injury to the Serbian likely to leave the Cottagers very stretched.

Nevertheless, having spent over £100 million trying to stay up in 2018/19, the chances are that the Fulham hierarchy will be somewhat thriftier with their EPL riches this time around. A more selective transfer policy will likely be the order of the day, which should be music to the ears of Cavaleiro, who is sure to get plenty of game time. Evolution rather than revolution is likely to be the buzzword for Fulham in 2020/21.