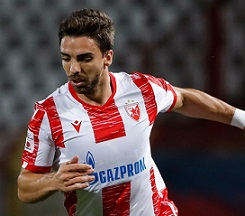 Just days after Bayern Munich were crowned European champions, some of the continents’ most prestigious clubs are battling it out to earn a place in the upcoming edition of the Champions League.

On Tuesday evening former winners Red Star Belgrade booked their place in the next round of the qualifiers thanks to a goal from Portuguese striker Tomané, while an intriguing clash between PAOK and Besiktas saw the Greek side coached by Abel Ferreira record an impressive win in the one-legged knockout rounds.

The Champions League is currently undertaking the second qualifying round, with a host of matches set for Wednesday night. Like playing joker123, a variety of clubs will be looking to hit the jackpot by making it to the competition proper. Tuesday’s action saw positive headlines for the Portuguese involved, beginning with Tomane’s winner for Red Star Belgrade in their meeting with Albanians Tirana at the Air Albania Stadium.

Former Tondela man Tomané scored the only goal of the game on the hour mark, meeting Alexsandr Katai’s corner with a firm header to beat Ilion Lika in the home goal. The strike was Tomané’s second goal of the season, having already found the net during Red Star’s win over Spartak Subotica in the Serbian Super League earlier this month.

Portuguese striker Tomané gets the goal as Red Star beat Tirana 1-0 to advance in the Champions League pic.twitter.com/yakZ5JqviG

“Before the game, I was sure that Tomané would score a goal and it turned out that I was right,” assister Katai said after the match. The winner is perhaps a significant signal of intent from Red Star coach Dejan Stankovic, who selected Tomané in the face of recent reports linking him with a move to Turkish football. 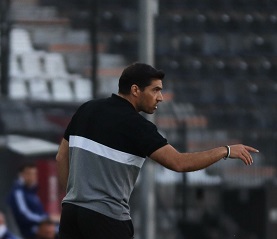 The Turkish Super Lig has already lost one of its potential representatives in the Champions League after Besiktas were eliminated by a rampant PAOK in Greece. The Greek side closed in on a financial windfall similar to what you could expected from a joker388 as Besiktas, who earned a spot in the qualifiers due to Trabzonspor’s European ban, lost 3-1 in Thessaloniki after going three goals down inside half an hour at the Toumbas Stadium.

A brace from Christos Tzolis and another from Dimitris Pelkas gave PAOK a remarkable early advantage, with Cyle Larin’s first-half response proving little more than a consolation for Besiktas. Speaking after the match, PAOK’s Portuguese coach Abel Ferreira emphasised that his team were deserving winners on the night.

“It was a good match but today our team was better,” said the former Braga boss. “We knew the importance of the match, the players, the whole club knew how important the match was for us, we start the season positively, it means we start our European status on a good road. Certainly in the financial sector it is important because there were indeed some issues with the FFP. So congratulations to everyone on the team.

“It was a beautiful and open match and what we are trying to do is to try to highlight Greek football. I am generally a person who has the courage to take risks and that is what I want to pass on to my players. I believe that we can only achieve things PAOK has never achieved before if we have this spirit. We work every day to take the team far.”

For the third qualifying round, Red Star advance into the ‘Champions path’ section of the draw, where they will be one of the seeded teams, while PAOK will be an unseeded side in the ‘League path’ side of the process, where they could meet Benfica.