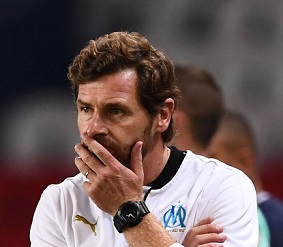 André Villas-Boas secured one of the biggest victories of his tenure at Marseille on Sunday evening as his side ran out 1-0 winners in Le Classique against bitter rivals Paris Saint-Germain in the French capital.

Florian Thauvin’s first-half goal was enough to give Marseille all three points and maintain their 100% record in Ligue 1. Villas-Boas’ side also ensured they take an early six-point advantage over PSG after just two rounds of action in the new campaign.

Marseille came into the game having failed to beat their arch enemies since November 2011, while PSG reintroduced many of their star names having lost to Lens last week with a weakened side. Thauvin’s brilliantly-taken winner just after the half-hour mark saw Marseille again exploiting set-pieces, having scored twice from dead balls against Brest on the opening day.

Marseille had 35% possession on the night and just two attempts on target, but should have been awarded a second goal twenty minutes after half time. Dario Benedetto’s strike was ruled out for offside during the build-up, but replays appeared to show Thauvin level with the PSG defence at the moment in question.

Speaking after the match, Villas-Boas was clearly delighted to have ended Marseille’s long wait for victory in Le Classique. “It's an important victory, it's historic, it's a difficult victory, tough as always,” he said. “We suffered a lot. A great victory.

“Obviously it’s a huge joy to win here after so much time, congratulations to the players. We started the game badly until our goal, and we put in a second goal which should have stood, I didn’t understand that decision.”

The game closed in controversy, with five red cards issued in the closing moments as players clashed in a heated ending. Much of the subsequent coverage has been dominated by an accusation of racism made by PSG star Neymar against Marseille defender Alvaro Dominguez, with the Brazilian being sent off striking the defender in response to the alleged abuse.

“I hope that will not darken this victory,” Villas-Boas said when asked about the incident. “Alvaro is an experienced player. Obviously, there is no room for racism in football, but I don't think he said anything like that.”

Next up for Marseille is another big match on Thursday, with a home clash against traditional rivals Saint-Etienne in Ligue 1.

Lol. People think that Mourinho is the one with issues, but I think AVB will be taking those reigns soon. Such an arrogant SOB.