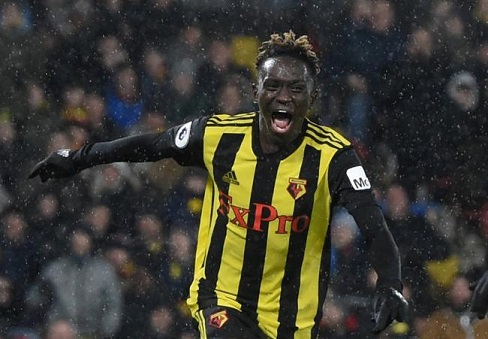 Despite only being 20 years old, Domingos Quina has already been at some of Europe’s most famous clubs. At youth level, the midfielder left Benfica to join Chelsea, before later moving across London to West Ham United. Unfortunately, however, Quina struggled to show his talent with limited opportunities at the London Stadium.

As a result, the highly-rated Portuguese talent made the switch to Watford, where he is now getting first-team opportunities. So, let’s consider whether the 20-year-old can show his technique for the Hornets in their efforts to gain promotion back to the Premier League.

In August 2018, Quina officially completed his move to Watford for an undisclosed fee believed to be in the region of £1 million. During his two years at the club, the 20-year-old has been something of a victim of the Hornets’ managerial instability. According to Soccer Base, the youngster has worked under four different permanent managers, including Enrique Sanchez Flores, Javi Gracia, and Nigel Pearson.

Although this inconsistency, coupled with Watford’s fight to avoid the relegation zone, hindered his first-team opportunities, the 2019-20 season did provide Quina with further top-flight minutes. Despite the fact that the Yellow Army suffered relegation, they look well placed to return to the Premier League at the first time of asking. As of September 17th, 2020, Watford are priced at 6/1 with Championship betting to win the division outright.

Throughout his career, Quina’s experience of training with proven Premier League players will likely serve him well, now that he’ll have more pressure on his shoulders to deliver. Crucially, with Ben Foster and Tom Cleverley still playing at Vicarage Road, the youngster has experienced professionals to call upon should he require guidance.

As touched upon above, having gone through the academies at established clubs, it’s apparent that many coaches have seen something special in Quina. However, to this day, he has yet to burst onto the scene in emphatic fashion. Of course, this is partially down to the fact that he’s had limited opportunities thus far in his professional career. Even though chances haven’t been forthcoming, the midfielder has still attracted interest from five-time Champions League winners, Barcelona, according to reports.

Interestingly, although Vladimir Ivic is still early into his reign as the Watford manager, it appears as if he has faith in Quina to be a pivotal player during the 2020-21 season. In the Hornets opening-day victory over Middlesbrough, the 20-year-old started only his fourth game of senior football in a narrow one-goal victory over Neil Warnock’s side. While this is only one match, it’s an indication that Quina may finally be given important minutes to show what he can do in Watford’s pursuit of Premier-League promotion.

This could be Quina’s year

After years of being on the cusp of making his breakthrough, the 2020-21 campaign looks set to one of real significance to the 20-year-old. With a manager at the helm that looks to have faith in his abilities, he could the catalyst for driving the Hornets back to England’s top flight. Finally, after much promise, Quina may be about to showcase his undeniable talent.