“Anything with Ronaldo, I have to watch” – Wolves’ Fábio Silva on CR7 influence 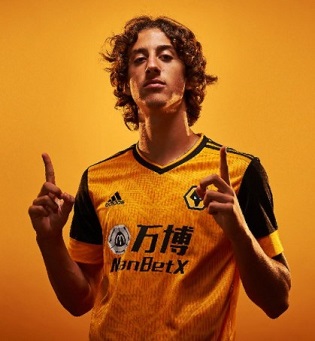 Portuguese youngster Fábio Silva has been speaking about Seleção captain Cristiano Ronaldo, as well as recalling some advice from fellow veteran Pepe about his prospects in football.

The forward, who recently moved from FC Porto to Wolverhampton Wanderers in a surprise €40m move, says he hopes to play with the Portugal captain in Fernando Santos’ side before Ronaldo eventually hangs up his boots.

Another inspiration for Silva is Porto defender Pepe, 37, who remains part of the of the Portugal set-up with 110 caps under his belt. “Pepe told me: ‘It’s not right now that you’ll see the difference, it’s when you are 23, 24, 25 when others start to fall away and you stand firm,” said Silva.