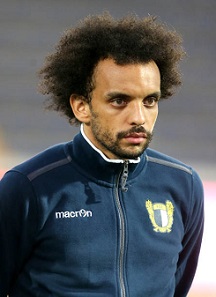 Fábio Martins is enjoying a fine start to life in Saudi Arabian football with Al Shabab, following his summer move from Sporting Braga.

The attacking midfielder headed to the Middle East on loan in September, having impressed last season with Famalicão, and since landing in the Saudi capital Riyadh Martins has already been recognised with an individual award.

Al Shabab handed the 27-year-old their Player of the Month prize for December as reward for a recent run of goalscoring form which saw Martins hit the net in three matches running. To celebrate the award, issued over the weekend, Martins scored another goal – this time a superb improvised finish – in Al Shabab’s match with Al Faisaly on Tuesday.

What a finish by Fábio Martins! pic.twitter.com/FhLBOVXRmp

Al Shabab, who recently dispensed with the services of Portuguese boss Pedro Caixinha, are currently in the battle for the Saudi championship where they are level on points with leaders Al Hilal.