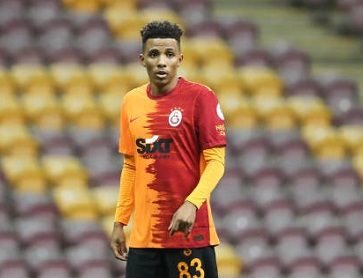 Benfica midfielder Gedson Fernandes made his debut for Galatasaray on Wednesday evening, and marked the occasion with a goal as his team suffered defeat in the Turkish Cup.

Gedson came on midway through the first half as his side surprisingly trailed Alanyaspor 3-0 in Istanbul in the quarter final. Galatasaray managed to score twice during the closing stages, including Gedson’s stoppage-time consolation, but the Super Lig leaders exit the competition at the last eight stage.

Gedson’s 18-month loan deal in England with Tottenham Hotspur was cut short by José Mourinho’s club at the beginning of the month, seeing the midfielder return to Benfica ahead of arranging another short-term deal with Galatasaray which runs until the end of the season.

The strike on his Galatasaray debut was Gedson’s first club goal since he scored for Benfica in defeat to Bayern Munich in November 2018 in the Champions League.

Galatasaray are currently locked in a fascinating three-way race for the Turkish title with fierce rivals Besiktas and Fenerbahce. All three sides have 48 points, with just 23 rounds played of an extended 40-match league campaign.