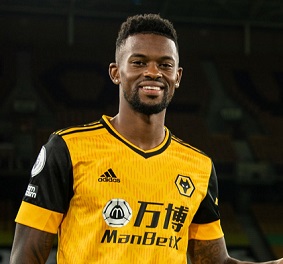 Nélson Semedo has been reflecting on an eventful last year, having made the switch from Barcelona to the English Premier League with Wolverhampton Wanderers in September.

The former Benfica man has been an ever-present in the league since his arrival at Molineux, starting all 23 matches for Nuno Espírito Santo’s side in England’s top flight. As he closes on six months in his new home, Semedo spoke to The Telegraph about the nature of his departure from Camp Nou after months of speculation.

“After returning from vacation, I went to see Barcelona with my family and we had a normal conversation,” said Semedo. “They explained to me that they had some financial problems and that I was one of the players who could leave and get the club some money.

“There were others in the same situation, such as Suarez, Vidal and Ivan Rakitic. With this situation of covid-19, all clubs have financial problems. The clubs are not as strong financially as they have no fans at the stadium. In Barcelona, ​​for example, people cannot even go to the museum. In football anything can happen, but I was a little surprised to be sold.

“It was a good decision to come to Wolves and I didn’t even have to think twice. [There are] many Portuguese players in the team. I played against Nuno Espírito Santo with Benfica, when he was at FC Porto and knew how he worked. It gave me confidence.” 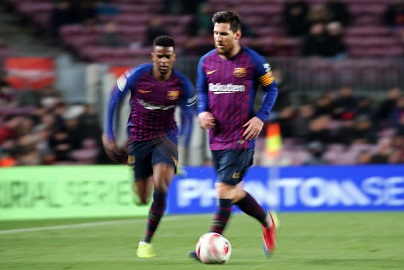 Inevitably, the English publication asked Semedo about training and playing alongside Lionel Messi, and the Seleção man offered an interesting insight regarding the Argentine. “I don’t even have many words to say how good he is. Do you know what makes him even more amazing? In the time I was there, I never saw him hit a free-kick in a training session. I swear he never did.

“We always did long shots in training, but Messi never took a free-kick. For him it is simply something natural. They say that practice makes perfect, but with him there is no training and it is still perfect. He’s an incredible player, I can’t explain it. For the free kick against Liverpool, I was right behind him.

“In one of my first games at Barcelona, ​​he received the ball, passed three, four, five players ... I found myself on the pitch thinking 'how does this guy do this?' He makes good players look bad.”