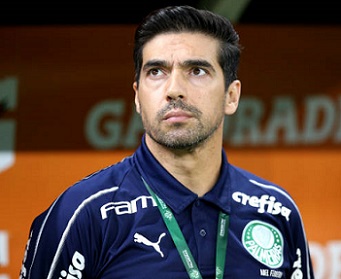 Abel Ferreira is back in Brazil after a short holiday in his homeland, and the Portuguese manager has been speaking to local media on a variety of subjects as he prepares for his second season in charge of Palmeiras.

The former Braga boss enjoyed a spectacular end to the prolonged 2020 season, guiding Palmeiras to a Copa Libertadores and Copa do Brasil double earlier this year. With the Campeonato Paulista State Championships underway and running until May, Abel spoke about matters unrelated to his current job with Verdão.

Having returned to Sao Paulo after his break in Portugal, one of the questions posed to the 42-year-old related to differences between the countries when it comes to food, and indeed whether Abel is as competent in the kitchen as he is on the sidelines of a football pitch. “As a cook? I can do it, but it is weak [laughs]. I can say that I was confined for a month in Greece and only went out to buy food. I came home and made rice with peas and carrots, with an easy fish to make. I love grilled fish, with potatoes on the side. The cod in Portugal is at the level of the picanha in Brazil: it's good here, but there [in Portugal]....”

“You [in Brazil] have a wonderful breakfast. All kinds of juice: mango, guava, cashew ... I like tapioca a lot. It’s wonderful. And I like banana and honey a lot. I also like your beans a lot. And they make very, very good salads. Regarding fish, I think we are better, but in meat you are very good. Our wine is better, don’t be upset. But, on the other hand, your juices are spectacular, also coconut water. For you it is commonplace, but for me it’s delicious to drink cold coconut water. In Portugal I eat a lot of bread, I think I’m going to get fatter in Brazil.” 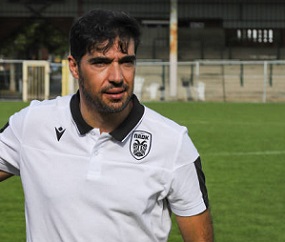 Switching gears to football, Abel recalled one of the best results he has enjoyed in coaching before heading to Brazil. Less than two months before he took over at Palmeiras, the 42-year-old led Greek outfit PAOK to victory over Benfica in the Champions League qualification rounds, with a 2-1 win in Thessaloniki proving enough in the shortened one-leg stage of the competition.

“Before the draw, I wanted to get Benfica,” he recalls. “Because we were going to catch them in the beginning of their process, I thought. They will be learning and we will kill them at home, because we will be ahead in preparation. In two games, and I have to be honest, Benfica would have gone through. But in just one game and in Greece I knew it was possible.

“I already had a year of work [behind me] and my team was consolidated, so we already had an advantage. Analysing individually, we lose the game easily, but collectively we were better. We had all the conditions to go through and the victory had a tremendous impact. We eliminated Benfica deservedly and I think I have beaten [Jorge] Jesus more times than he has me.”

Like many modern Portuguese managers, Abel cites José Mourinho as his biggest influence. The Penafiel native spoke about what makes Mourinho’s accomplishments particularly special, while suggesting Pep Guardiola is yet to achieve in the same circumstances as the former Porto, Inter, Chelsea, Real Madrid and Manchester United boss, who currently coaches Tottenham Hotspur.

“Our biggest reference is Mourinho,” Abel said. “For me, he is the top reference for Portuguese coaches, for what he won and in the clubs he won. It’s one thing to win at big clubs, another to win at FC Porto, Chelsea.

"When I got married, I took three Mourinho books for my honeymoon. My wife asked what I was going to do with the books. 'There will be no time to study or read,' she said. I took them to find 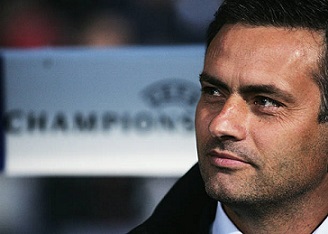 “It is one thing to arrive at clubs that spend fortunes to completely build the squad, another thing is to come through in that adversity ["fazer das tripas coração."] In that respect, Mourinho won at FC Porto, at Inter with their first Champions League in fifty years. For me he’s a reference, if I see him, I bow to him.

“I never spoke to Mourinho personally, we just exchanged a message. For me it was he who opened the door for everyone. For my part, there will always be great admiration.”

“I still use Football Manager today”

Finally, an unexpected shift in subject matter led to Abel revealing his past as an avid player of the Football Manager computer game. Reflecting back on his early days as a player through to his current role in Brazil, Abel admits the game has been a constant point of recreation and source of knowledge.

“I can say that, even today, I use that game to see the characteristics of the players that Palmeiras offers to me,” he said. “I think it is a thorough game. I see players, I see how the game describes them in the mental, technical and physical aspect. The level of knowledge and information is very real. So it’s one of the sources where I get the information, but not the only one. I don’t spend time playing, but I use it to get information from statistics.

“I played it a lot when I was a football player, in my early years. I did not like to train top teams. All my teammates were playing to be champions and win, but the reality is not like that. I can be a champion at my level: training Penafiel and not dropping out the division, for example. Then I’m reaching my goal.

“That’s how I saw that game. I trained Penafiel a lot. I did it many times, I confess.”

Abel speaking nothing but truth on the great Fraudiola.
Well done sir.