I expected to play more at Wolves – Vitinha 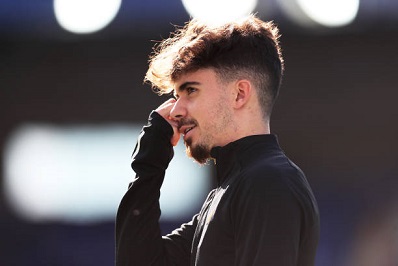 Wolverhampton Wanderers’ Portuguese midfielder Vitinha has admitted he expected to feature more in English football during this season, but anticipates more progress next year as he signs a permanent deal with the club.

Vitinha left Porto last summer having made only twelve senior appearances for the Dragons, including just eight in the Primeira Liga, signing for Wolves on an initial loan deal. The purchase clause was active when Wolves avoided relegation – a sign of the club’s intentions and faith in one of Portugal’s brightest young prospects.

The long-term deal for the midfielder will cost the West Midlands club €20m according to reports, and Portuguese newspaper O Jogo conducted a digital interview with Vitinha ahead of Wolves’ final-day defeat to Manchester United last weekend to get his thoughts on his first year in the English Premier League.

The 21-year-old featured in 22 matches for Nuno Espírito Santo’s side, racking up a total of 801 minutes. In the league, Vitinha started five matches and accumulated 515 minutes. Having shown flashes of his talent, some have suggested the Portugal U21 international could have been used more often and perhaps would have played more had he stayed in Porto.

“I'm not going to lie: I came with the idea of having more minutes, playing more and being in the team more often, but it didn't happen,” Vitinha told O Jogo. “I had the same type of opportunities and tried to make the most of every bit of it to show my value and help the team.

“Of course [I think next season will be better] as player always thinks it can be better and I will aim for that.

“I was surprised [when Wolves signed me] but at the same time very happy, because Wolverhampton is a good club and this is a great league. That is why I accepted it.

“As we have many Portuguese [here] everyone has helped. Any questions I have, they are always ready to help. Everyone played an important role and everyone helped, including the technical team. I also try to be aware of what my teammates do to develop.”

The newspaper referred to statements from Rúben Neves, who stated in a previous interview that his moves to Wolves in 2017 represented taking a step backwards to take two steps forwards. However, Vitinha disagreed that his situation was comparable.

“When Rúben Neves came here, the club was in the Championship, but in my case it is different,” he said. “Because Wolverhampton is already in the Premier League, has already had great results, including seventh place twice, and participated in the Europa League. In my case, I took a step forward, and I hope to take many more steps forward in my career, starting next season.”

Vitinha is pure class. He just needs to be in a team that allows him to thrive in a proactive, possession system. His touch, close-control, vision, and football IQ are all world class, and I have no doubt that he has more than enough quality to...

Vitinha is pure class. He just needs to be in a team that allows him to thrive in a proactive, possession system. His touch, close-control, vision, and football IQ are all world class, and I have no doubt that he has more than enough quality to walk right into the senior national team as a long term replacement to Joao Moutinho.