Where next for endorsement king Cristiano Ronaldo? 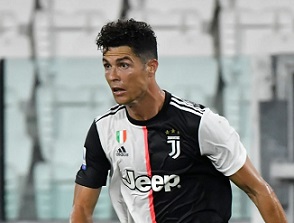 Said to be earning $70 million per season from his current deal at Juventus, alongside a further $50 million each year from endorsements, few sporting celebrities can match the worldwide appeal of Cristiano Ronaldo.

However, the 36-year-old Portugal international could have reached a crossroads in his illustrious career, amidst considerable speculation he is weighing up a departure from the Italian giants.

As one of the most famous football personalities on the planet, companies of all stripes have been queuing up for Cristiano Ronaldo to endorse their products. Earlier in 2021, he became the first person in the world to surpass 500 million social media followers, across the trio of main platforms. Along with his own ever-growing CR7 branded products, Cristiano is often seen posting promotional videos and images of other famous brands.

Back in 2015, Ronaldo inked a lifetime endorsement association with Nike. His lifetime association with the American sportswear brand is estimated to be worth around $1 billion, which remains a bargain according to Forbes, despite the hefty sums of money involved – find out more here. Just to underline the global appeal Cristiano boasts, he is one of only three sportsmen to get lifetime deals with Nike, including LeBron James and Michael Jordan.

Excited to have signed for @livescore pic.twitter.com/6TAhDmJK3b

While the financial terms were never published, Cristiano also became an ambassador for PokerStars in 2015. Like many top international soccer icons, it appears that Ronaldo enjoys the buzz surrounding casino gaming. This highlights parts of a wider trend as online casino gaming has become a massive global industry, which means consumers are often spoilt for choice when it comes to casino sites. However, there are sites that provide reviews by considering factors such as free spins offers and no deposit bonus deals, with an example of this found by clicking here. It goes without saying that responsible gambling is paramount to enjoyment, as is checking reviews for different online casinos, which helps to show what you can expect to find beyond the competitive bonus offers and promotions.

Where will CR7 play next?

Considering how much personal wealth Ronaldo has generated throughout his lifetime, further financial gains from football may no longer be the top of his priorities. Always highly regarded as one of the most driven and competitive spirits in the game, Cristiano may now be seeking an alternative kind of challenge in the twilight of his career. There are even growing rumours that he might head back to Sporting Clube de Portugal, where his career originally took flight.

Talk of a return to Sporting originated from the mother of Ronaldo, amidst her jubilant celebrations when Sporting clinched the Portuguese title. Nevertheless, agent Jorge Mendes later suggested that Cristiano has no current plans to conclude his career in Portugal. However, the player himself also hinted at a move away from Turin, talking about his time at the club in the past tense recently as you can learn more about here.

Regardless of his advancing age, Cristiano Ronaldo remains phenomenally talented and physically powerful. He will be the driving force of his national team at the Euro 2020 tournament, as Portugal seek to retain the title they last won in 2016. That will be his principal focus right now, although ahead of the 2021-22 season, the level of speculation about his club future will only increase.

Reports from Italy are contrasting, which only adds to the growing interest in the immediate plans of Ronaldo. After some news outlets claimed he had expressed a desire to leave Juventus, others then quoted his partner Georgina Rodriguez insisting he will stay. Whatever happens next, should CR7 decide to up sticks and move, there will undoubtedly be no shortage of interest.