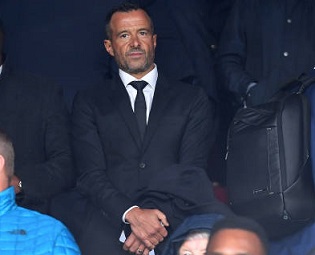 Gennaro Gattuso has left his job as manager of Fiorentina after just 23 days in charge, and his agent Jorge Mendes is reportedly at the centre of disputes which have led to his early departure.

Former Italy international Gattuso was hired by Fiorentina on 25 May to replace Beppe Iachini, making a swift return to management having left Napoli at the end of the Serie A season. Mendes was heavily involved in the deal, having previously been in talks to place Paulo Fonseca in Florence after his tenure at Roma ended.

Within days of Gattuso’s arrival at Fiorentina, the club were linked with a big-money move for FC Porto man Sérgio Oliveira. However, reports regularly suggested La Viola were struggling to meet the Dragons’ €20m valuation despite agreeing substantial personal terms with the Portuguese international.

The deal for Oliveira stalled and several Italian outlets such as Calciomercato.com, Sportitalia, Sky Sport Italia and RAI Toscana began to report that Fiorentina President Rocco Commisso and Club Manager Giancarlo Antognoni had encountered problems in dealing with Mendes and his attempts to dictate the club’s transfer strategy.

Mendes is also believed to have deterred his colleagues by making large commission demands for conducting business. Within three weeks of Gattuso being announced, rumours accelerated that the parties were unable to work together and a mutual agreement to split became inevitable.

“ACF Fiorentina and coach Rino Gattuso, by mutual agreement, decided not to follow up on the preventive agreements and therefore not to start the next football season together,” Fiorentina announced in a statement on Thursday.

“The club is now working to identify a technical choice that will guide the Viola towards the results that Fiorentina and the city of Florence deserve.”

For Mendes, widely regarded as the most influential agent in football, the early collapse in relations represents an embarrassing episode. News of Gattuso walking away from the Artemio Franchi Stadium comes as talks between Tottenham Hotspur and Paulo Fonseca broke down.

Gattuso is now being linked with taking the position at Spurs.

What Jorge Mendes acting like a scumbag? Ya don't say!!

I'm all for agents getting their clients as much of a pay day as possible, but Mendes has proven time and again to be a power-hungry capitalist on steroids who doesn't care about ethics or...

What Jorge Mendes acting like a scumbag? Ya don't say!!

I'm all for agents getting their clients as much of a pay day as possible, but Mendes has proven time and again to be a power-hungry capitalist on steroids who doesn't care about ethics or morality.

Oliveira would be better served staying at Porto anyways and paying UCL football and fighting for the title as opposed to going to a mid-tier Italian club.