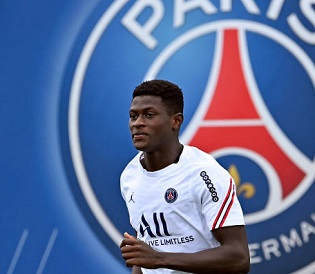 Portuguese youngster Nuno Mendes has been settling into life at new club Paris Saint-Germain this week, following a high-profile move from Sporting at the end of the transfer window.

Mendes signed for PSG on deadline day in a loan deal with an option to buy, after which the 19-year-old featured in all three Portugal matches against Ireland, Azerbaijan, and Qatar. Mendes arrived in Paris earlier this week to take part in his first training sessions in the French capital and spoke to PSG’s in-house media about his move.

“I am very happy to be here,” he said. “Everything happened very quickly, but I will adapt quickly, and it is a real pleasure to represent Paris Saint-Germain. It's hard to leave your family, but soon they will also be here with me to help me with whatever I need. For me it is very important to have my family near me.

“Of course, it was very fast. I was with the Seleção, and I received a call telling me that there was a possibility of signing with Paris Saint-Germain and that filled me with happiness. I never imagined experiencing this kind of adventure so quickly, but a professional football player must be ready for anything. I have prepared as much as possible since my training to best represent a club of the highest level.

A lot of time to improve

“The secret to my rise? The secret is work. Working every day is the ingredient that allowed me to arrive here in Paris. I have evolved a lot in recent years. But I still have a lot to learn. I am only 19 and only one year as a professional player, so I still have a lot of time to improve. And precisely, I think that this team and this club will really help me to do it.”

Mendes’ adaptation in Paris should be aided by the presence of fellow Portugal star Danilo, whom the youngster says he has been speaking with in the national team. The left-back arrives as the final incoming of a very busy window for PSG, who added superstar names such as Lionel Messi and Sergio Ramos, as well as Gianluigi Donnarumma, Georginio Wijnaldum and Achraf Hakimi.

“Clearly it’s a great pride for me to have signed here in the midst of all these great players. I think it is every player's dream to play alongside them. I think it is important for me to stay calm, to do what I can do best.

“My goal is to give the maximum so that the club trusts me and that I stay definitively. I am happy to be at Paris Saint-Germain. I will give my best for this great club; I will represent it with immense pride. I will give my all every day.” 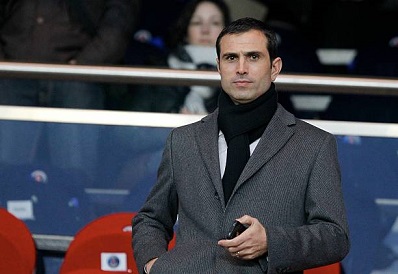 Mendes becomes the 13th Portuguese player to join PSG in their history. There is little doubt over the most successful Luso import on the list, with Pedro Pauleta enjoying legendary status at the Parc des Princes for his five-year spell between 2003 and 2008, during which he became the club’s all-time highest goalscorer.

Pauleta was therefore a natural source of opinion in the French media this week, and the Azorean was asked to assess the signing of Mendes. “Honestly, I think he’s a young guy with huge quality,” Pauleta began. “At the age of 18 he had a tremendous season, in which he showed a lot of quality offensively and made a real difference down the left side. I got to know him around the Portugal team and I really appreciate his mentality and physical qualities.

“Despite having played a different system at Sporting, I believe Mendes is capable of playing in a back four. He has a similar profile to [right-back] Hakimi, although he is not as effective in front of goal.

“Nuno Mendes is the present and future of Paris Saint-Germain.”

I just hope he gets playing time, I really like the kid