Cristiano Ronaldo demands change in mentality at United: “Sometimes to build good things, you must destroy a few things” 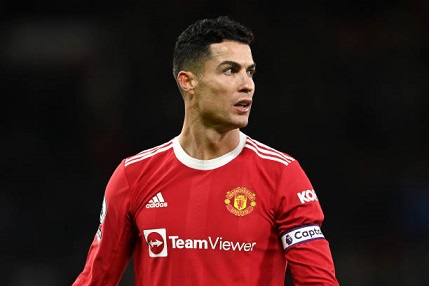 Manchester United must raise their standards and refuse to accept anything less than competing for the biggest prizes, according to star forward Cristiano Ronaldo in an interview released on Wednesday.

The Portugal captain spoke to Sky Sports about the recent problems at Old Trafford, which have seen United struggling in 7th place in the Premier League and failing to produce sufficient performances. Having already sacked coach Ole Gunnar Solskjaer in November, there has been minimal improvement under interim boss Ralf Rangnick.

Ronaldo, who has scored 14 goals in 21 appearances for the Red Devils since returning this season, insists Rangnick “needs time to put his ideas to the players” having arrived at the club ahead of a hectic winter schedule during which the players have struggled to meet expectations on the pitch.

Ronaldo then addressed the squad, which has come in for sharp criticism from fans and media in recent days, particularly after a raft of press leaks depicting a fractured dressing room in the aftermath of a 1-0 home defeat to Wolverhampton Wanderers at Old Trafford.

“Manchester United should win the league, or be in second or third,” Ronaldo continued. “I don’t see another position for Manchester United to be honest. In my eyes, I don’t accept that our mentality would be less than being in the top three in the Premier League.

“Of course. I think to build up good things, sometimes you have to destroy a few things. So, why not? New year, new life. And I hope that Manchester can be at the level people want, especially the fans. They deserve that.

“We are capable of changing things now. I don’t know the specific way, because I’m a player, I’m not a coach, I’m not the president. I know the way, but as you know I’m not going to mention here because it’s not ethical on my part to say. What I can say is that we can do better. All of us.

“Manchester belong doing important things. So, we have to change. I don’t want to be here in this club to fight to be 6th or 7th or 5th. I’m here to try to win, to compete. I think we compete, but we are not yet at our best level. But we have a long way to improve, and I believe if we change our minds we can achieve big things.”