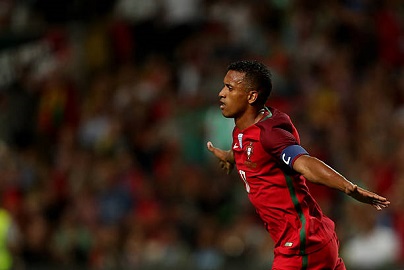 Veteran Portuguese winger Nani has completed a move to Serie A club Venezia, signing an 18-month contract to return to Italian football.

The 35-year-old left Orlando City at the end of the MLS season, becoming a free agent after three highly successful years in the United States, during which Nani was twice voted into the end of season All-Star team.

Nani arrived in Italy ahead of the weekend and underwent medical examinations in Venice before officially signing a deal until the summer of 2023. It is the former Sporting and Manchester United winger’s second stint in Italy, having briefly turned out for Lazio during the 2017-18 season.

“I am really happy to have signed for Venezia!” said the Euro 2016 winner on his Twitter account. “It's great to be part of this impressive project in such a beautiful city. It's time to get to work and give 100% for the team and all the fans. Andiamo!”

Nani has won an impressive 17 honours during his career, including three Portuguese Cups, four Premier League titles, a Champions League and a Club World Cup, as well as the Seleção’s European Championships victory in France at Euro 2016. He has also been capped 112 times by his country – Portugal’s 5th most-capped player of all time.

A remarkable player, donned the national shirt with pride and his contributions have been and will continue to be greatly missed.

SupremoGino
There are no comments posted here yet