What next for Cristiano? Bruno Fernandes hits United half-century as Ronaldo stars again at Old Trafford 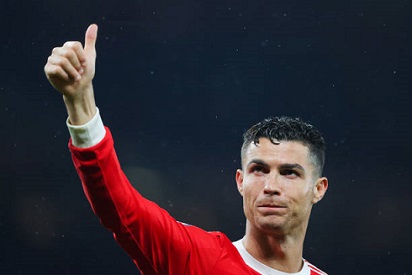 Bruno Fernandes and Cristiano Ronaldo both scored as Manchester United won their final home match of the season 3-0 against Brentford on Monday evening.

United have two games remaining in what has been a dismal campaign for the Red Devils, with away trips to Brighton and Crystal Palace still to come. Yet as the United fans gave their players a send-off following the victory, the focus increasingly turns towards Ronaldo’s future.

Diogo Dalot also started for United on the final showing at Old Trafford, and the full-back caught the eye early on with some penetrative passing. Dalot’s lofted ball almost led to a goal for Ronaldo, before the former Porto man released Anthony Elanga down the right channel and the Swede crossed for Fernandes to score a classy opener.

Ronaldo was the best player on the pitch for much of the game, and he had a first-half goal harshly judged offside having been found by Juan Mata. Ronaldo would get his moment, however, when outmuscling Rico Henry then drawing a foul from the Brentford defender to earn a penalty, which he duly dispatched. Raphael Varane then put the seal on the win with his first United goal.

Fernandes’ goal was his 50th for the club, while Ronaldo equalled the all-time English league record for goals scored at the age of 37 or older. Johnny Hancocks’ haul of 18 has stood alone since the 1955-56 season, but with two games remaining Ronaldo may yet surpass the Wolves man in the record books.

For United fans, the question of Ronaldo’s future is growing in importance as the Portugal captain continues to impress despite the team’s struggles. Incoming boss Erik ten Hag is currently busy competing for the Dutch title with Ajax and all parties have so far refused to confirm if the option to extend Ronaldo’s stay with United will be activated.

Where are Ronaldo's HATER's? Watch Ronaldo scoring every game.

That was a harsh offside call. Plus that fancy pass should have ended in a goal.