João Félix named Atletico Madrid Player of the Season: “There is always room for improvement!” 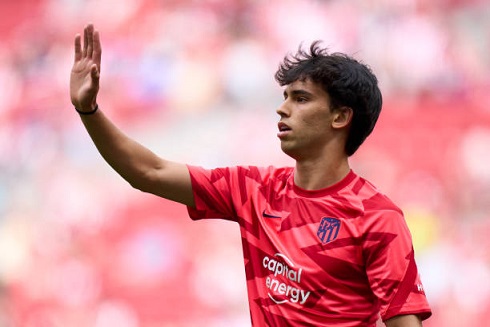 João Félix was awarded the Atletico Madrid Player of the Season award on Wednesday, having enjoyed his best campaign yet since moving to Spain three years ago.

Los Rojiblancos fans voted the Seleção man in first place in the Jugador Cinco Estrellas poll, after a 2021-22 season in which outgoing champions Atletico recovered from a mid-season slump to finish in 3rd place and secure Champions League football for next season.

Félix scored eight goals in La Liga – his highest total so far – before seeing his season cut short by a muscle injury in April. Overall, the former Benfica forward scored ten goals in all competitions, including a vital strike against Manchester United in the Champions League knockout phase.

“It’s an award that I liked to receive,” Félix told the club’s media. “I want to thank the fans who voted for me and who have voted for me throughout the season so I could win the [monthly] awards I won. Thanks to them and to my team because one player alone can’t do everything, so if I won this award it’s thanks to them as well.

“Next season we must be more consistent, which we weren’t this season. If we achieve that and we start with the hunger for titles, with the team we have we will surely fight for trophies.

“I felt good. I started the season injured, I finished it injured, but I felt good during the season. In some moments I played more, others less, but I always felt good. There is always room for improvement and I hope that next season I will be even better.”

KEEP UP THE GOOD WORK