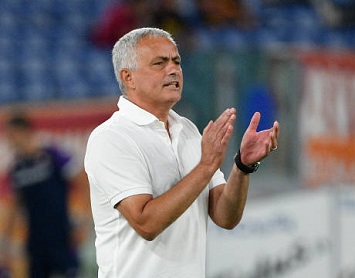 It has been another exemplary year of trophy success for Portugal’s contingent of players and coaches across the world. From Jose Mourinho leading the managerial achievements which spread across four continents, to Rafael Leão inspiring Milan to glory in Italy and Manchester City’s Portuguese trio conquering England yet again, Portuguese excellence remains ubiquitous.

Luso representatives have won trophies in 30 different countries over the last 12 months, with more up for grabs in the coming weeks. We track them all in this full round-up to celebrate the ever-increasing influence Portugal holds overseas.

José Mourinho became the first manager to win European trophies with four different clubs as his AS Roma, with Rui Patrício and Sérgio Oliveira, lifted the Europa Conference League with a 1-0 win over Feyenoord in Tirana. There was also Portuguese representation with the Europa League winners Eintracht Frankfurt, who had Gonçalo Paciência in the ranks when lifting the trophy thanks to a penalty shootout win over Rangers in Sevilla following a 1-1 draw.

Abel Ferreira conquered South America with Palmeiras for the second year running; the Brazilian side edged Flamengo 2-1 after extra time at Estadio Centenario in Montevideo to write Abel’s name into the record books. Leonardo Jardim had done the same in the Asian Champions League just a week earlier, with Saudi Arabians Al Hilal defeating Pohang Steelers of South Korea 2-0 on home soil.

Rafael Leão was one of the standout Portuguese players this term, earning the Player of the Season award after helping AC Milan to their first Scudetto in eleven years. Leão bagged 11 goals and 8 assists – by far the best return of his career, including some highly influential performances towards the crucial final weeks of the season.

In England, another league title for Manchester City and their Portuguese trio of Rúben Dias, João Cancelo and Bernardo Silva, all of whom impressed again for Pep Guardiola’s side. Nuno Mendes marked his debut campaign with Paris Saint-Germain with the Ligue 1 title, helped by an impressive goalscoring season by Danilo Pereira who managed five from his deep midfield position. 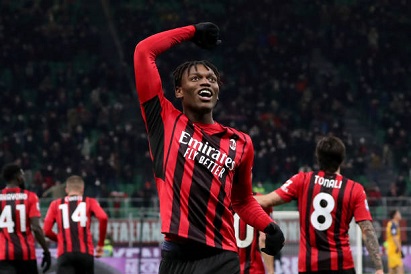 Bulgaria crowned Ludogorets champions for the 11th time in a row in April, giving former Gil Vicente midfielder Claude Gonçalves his league title with the club to add to the Bulgarian Super Cup won last summer. Dudelange, led by Portuguese coach Fangueiro, won the Luxembourg title with Miguel Palha, Jocelino Silva, Ninte Junior and Mohcine Hassan in the squad. There were also league titles for Hugo Firmino and Carlitos in Armenia for record-setting Pyunik and for well-travelled veteran striker Hugo Vieira with Maltese champs Hibernians, while Cascais-born Bernardo Lopes won a league and cup double with Lincoln Red Imps in Gibraltar.

There were league title wins outside Europe, led by former Benfica B coach Renato Paiva winning Independiente del Valle their first-ever Ecuadorian Serie A title. Further success was achieved on the African continent, with former Alverca boss Alexandre Santos leading Petro de Luanda to the Angolan Girabola title with Sérgio Santos and Pedro Pinto in his ranks, while in Sudan João Mota guided Al-Hilal Omdurman to the league championship.

Cup success in Germany, England, Spain and beyond

Domestic cups were also popular with Luso players this season. Diogo Jota landed both the League Cup and FA Cup on penalties at Liverpool in England, scoring himself in both shootouts, while André Silva was part of the RB Leipzig team which overcame Freiburg in the DFB Pokal on penalties after a 1-1 draw in Berlin. William Carvalho lifted the Spanish Copa del Rey to reward a fantastic personal season with Real Betis, who were held 1-1 by Valencia in the final but prevailed on spot kicks. 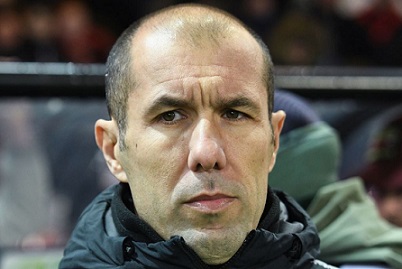 Portugal winger Bruma won the Dutch Cup with PSV under incoming Benfica manager Rodger Schmitt, beating Ajax 2-1 in the final, to add to their 4-0 win over the same opponents in the Super Cup. Ferro marked his first season on the books of Hajduk Split by winning the Croatian Cup, and the defender scored in the 3-1 final win over Rijeka.

In Poland, Lech Poznan’s Portuguese contingent were denied a double after they were beaten 3-1 in the cup final by Fábio Sturgeon’s Rakow Czestochowa. Former Portugal U20 international Hugo Sousa’s Sepsi OSK won the first major trophy in their history by capturing the Romanian Cup, while Portuguese duo Hélder Lopes and André Martins lifted the Israeli State Cup with Hapoel Be’er Sheva.

On the managerial front, Abel Ferreira’s trophy haul was boosted further at Palmeiras with the additions of the Recopa Sudamericana and the Campeonato Paulista. Leonardo Jardim also added the Saudi Super Cup with Al-Hilal, while Luís Castro won the Emil of Qatar Cup with Al-Duhail before departing for a new adventure in Brazil with Botafogo. Young coach Mário Lemos won both the Independence Cup and the Federation Cup with Dhaka Abahani of Bangladesh.

Arguably the most emotional ends to the season come in the form of promotion play-offs, and Portuguese were at the centre of some fabulous stories. Things were straightforward for Marco Silva’s Fulham, who secured the English Championship with Fábio Carvalho in fine form to earn their place back in the Premier League. Ivan Cavaleiro also picked up a medal for Silva’s side, who scored a remarkable 106 goals in England’s second tier.

There were also automatic promotions for Emmen as winners of the Dutch Eerste Divisie, with Portuguese forward Rui Mendes having his breakthrough season and returning 15 league goals. In Turkey, Ankaragücü are back in the Super Lig after winning the 1 Lig, helped by long-serving Portuguese left-back Tiago Pinto in his seventh season with the club.

The biggest emotional high inevitable comes from play-off promotion, and there were some truly special causes for celebration. Dany Mota played a starring role to help Monza to their first-ever promotion to Italy’s Serie A – the forward scored in the opening leg of their play-off final against Pisa before providing two assists in the return meeting. Monza progressed 6-4 on aggregate to win the play-offs and end their record-high of 41 years in the second tier without ever being promoted. Pedro Pereira was also part of the Monza story.

Similar emotions in England, where Nottingham Forest ended their 23-year wait to return to the Premier League. The two-time European Cup winners beat Huddersfield 1-0 in the play-off final at Wembley, having endured a nerve-wrecking penalty shootout victory over Sheffield United in the semis. Portuguese midfielder Cafú converted his penalty in the semis shootout win, while Tobias Figueiredo and Xande Silva have also featured for Forest during the historic campaign.

Dr.Cajetan Coelho
This comment was minimized by the moderator on the site

Dr.Cajetan Coelho
There are no comments posted here yet