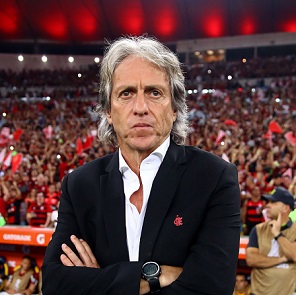 Veteran Portuguese boss Jorge Jesus is back in football after being unveiled as the new coach of Turkish giants Fenerbahçe on a one-year contract until 2023.

Jesus has been out of football since leaving Benfica in December, and had been linked with a host of jobs in Europe and Brazil. The 68-year-old will take charge of Fenerbahçe for pre-season and initially joins on a one-season deal as the permanent successor to Vítor Pereira who was fired in mid-season.

The former Braga, Benfica and Sporting coach arrived in Istanbul earlier this week and after being officially confirmed on Thursday afternoon, took a tour of the stadium and museum before speaking to the media. Jesus was asked for his reasons behind choosing Fenerbahçe, who will take part in the Champions League next season having finished runners-up to Trabzonspor in the Super Lig.

“One of the reasons that led me to come to Fenerbahçe was the fans,” Jesus told the press. “Social networks, Instagram... was invaded every day by Fenerbahçe fans. That made me start looking at the affection that the Fenerbahçe supporter had for me to come and coach the club.

“Also because the president, when he came to Portugal, wanted me very much. It touched my heart. I had several clubs to choose from. I chose Fenerbahçe because I felt the affection from the fans and the president. That's why I chose the club.”

Fenerbahçe are historically the most successful club in Turkish football, having won the national championship in various forms a record 28 times. Portuguese midfielder Miguel Crespo is currently a regular for the team, while Seleção internationals Nani, Dimas, Bruno Alves, Raul Meireles and Luís Neto have played for Fener in the past.

“What caught my attention the most is that Fenerbahçe players can't complain about anything. They have everything for the team to win. I have always coached great teams in the world and now it's Fenerbahçe's turn. There are world-class conditions.

“Now, we have to start winning trophies so that the conditions that the club has to work are compensated for on the pitch. We have to move them to reality and train and play so that Fenerbahçe wins, as all fans want. Fenerbahçe gives all the conditions for that to happen, it's not just a great club, it's a religion and a nation."

As Turkish football fans and a Fenerbahçe fan, we wish success to Mr. jorge jesus and thank you.

Fenerbahçe club is the most prestigious club in Turkey. Our club, which has survived many hardships in Turkey, is standing tall, we wish our dear teacher Jorge jesus good luck.

Tayfun
There are no comments posted here yet