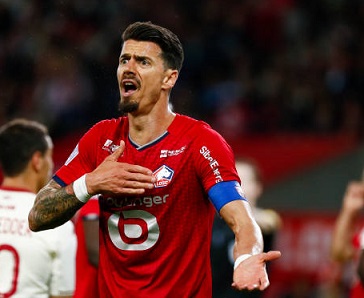 José Fonte continues to set remarkable standards for Lille in France, after being named the club’s Player of the Season following a campaign in which he played every single minute in all competitions.

Fonte, who turns 39 later this year, featured in 49 matches for Les Dogues in all competitions as Lille contested the Champions League as well as domestic duties. As such, the defender was dubbed “Mr 100%” on the club’s social media platforms, with Fonte clocking 3,420 minutes of action not including extra time.

Despite Lille's below par season, competition for the award was strong, but Fonte clocked almost 50% of the votes ahead of highly-rated pair Sven Botman and Jonathan David, who finished second and third respectively. The Seleção man became the oldest player to play in every single minute of all Ligue 1 matches, beating the record set by legendary Cameroonian goalkeeper Joseph-Antoine Bell with Saint-Etienne in the 1992-93 season.

Fonte’s total minutes played is higher than any player in Europe’s top five leagues, while an additional four matches for Portugal takes his tally of appearances to 53. It makes the recent campaign the second-highest number of appearances of his career, having played 55 times with Southampton in the 2015-16 season.

It comes as little surprise that Lille have chosen to extend Fonte’s contract, meaning he will skipper the team into his 40th year during the 2022-23 campaign.

Later bloomer and great stamina, I think {Portugals seniors (Portuguesers!) can hold their own.