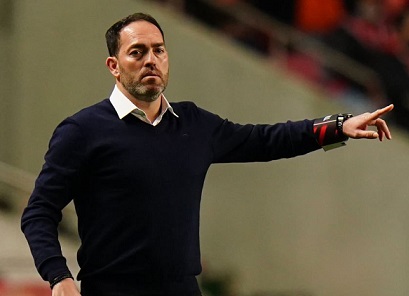 Egypt’s two biggest clubs will be guided by Portuguese this season, after former Gil Vicente boss Ricardo Soares was confirmed as new coach of Al Ahly.

Soares has signed a two-year contract with Africa’s most successful club, where he will be in direct competition with veteran Jesualdo Ferreira, who currently leads Al Ahly’s fierce Cairo rivals Zamalek.

47-year-old Soares left Gil Vicente earlier this month after guiding the Barcelos club to an impressive 5th place finish in the Primeira Liga. He takes charge of Al Ahly with the Egyptian season over halfway through and the side currently in 3rd place, albeit with three games in-hand on leaders Zamalek.

Soares moving to one of the most decorated clubs in world football is intriguing enough, but the renowned rivalry with Zamalek now has a Portuguese feel with experienced boss Jesualdo Ferreira having been in charge of Al Ahly’s neighbours since March. Jesualdo has Zamalek top of the Premier League by two points ahead of second-place Pyramids.