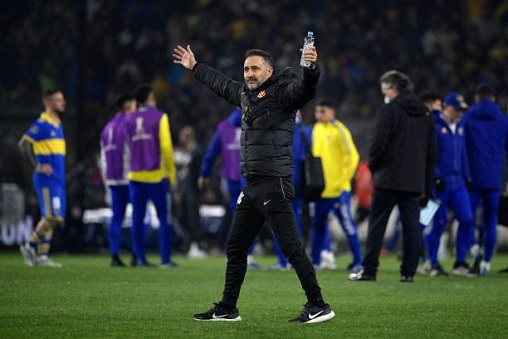 Portuguese coach Vítor Pereira is enjoying a solid start to life with Brazilian giants Corinthians, with last night’s Copa Libertadores progress at the expense of Boca Juniors the highlight of his career in South America so far.

Corinthians overcame the six-time Libertadores champions in Buenos Aires to advance to the quarter-finals on penalties, after holding Boca to two goalless draws. Pereira’s men became only the second Brazilian team to eliminate Boca at La Bombonera, following the great Santos team of Pele almost 60 years ago.

The São Paulo club are currently 4th in the Campeonato Brasileiro, just three points behind leaders Palmeiras, while Timão also recently beat Santos 4-0 in the Copa do Brasil. If you are looking for a good team to bet on Zodiac Casino Canada and support, then Corinthians is definitely a good choice.

So far, Pereira’s impact at the club has been largely positive, especially with the Corinthians fans who have embraced the former Porto coach since his arrival in February.

“The spirit often overcomes difficulties,” Pereira said after a tense shootout which included a spectacular miss by Boca's Dario Benedetto. “We have a lot of players out. Even with so many difficulties, we weren’t swayed by them, we arrived here and fought until the last minute.

“It is a victory that will go down in Corinthians history. It was a heroic victory for a group of players who have the Corinthians spirit. They know how to suffer, stay organised, fight and compete until the end. We were fair winners for our attitudes in the game.

“We stay alive in Brasileirão, in the Brazilian Cup and now in the Libertadores. I've seen this spirit in pretty much every game. This is the spirit, this humility, the way we work. The spirit of those who are out and their attempt to help those who came in. It is a spectacular group.”

Vítor Pereira’s Corinthians have knocked Boca Juniors out of the Copa Libertadores pic.twitter.com/zOxmhAPJkP

Abel Ferreira’s Palmeiras are expected to book their place in the last eight as they host Paraguayans Cerro Porteño with a 3-0 advantage from the first leg. Meanwhile, Pedro Caixinha’s Talleres de Cordoba face Colon in an all-Argentina tie hoping to advance to the quarters having drawn 1-1 at home in the first meeting.