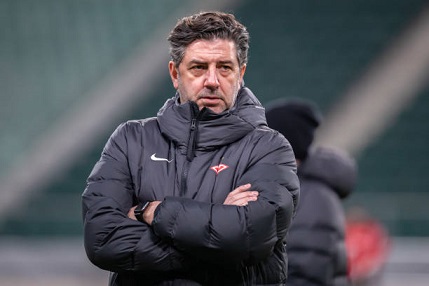 Rui Vitória was named new manager of Egypt on Tuesday, proving an eventual successor to Carlos Queiroz with the North African country.

Former Benfica boss Vitória has signed a four-year deal with the Pharaohs, which marks his first international post. Queiroz left his role as Egypt boss in April having failed to qualify for the World Cup, since when Ehab Galal lasted just three matches before being fired after just two months in the job.

"It's another challenge that has arisen in my life,” said the 52-year-old. “Being the coach of a nation with about 120 million people is something fascinating and makes me proud and honoured. I am aware that it is an immense responsibility. but I'm ready for all the challenges and I'm sure that together we will be able to overcome them.”