Cristiano Ronaldo not ready for retirement just yet 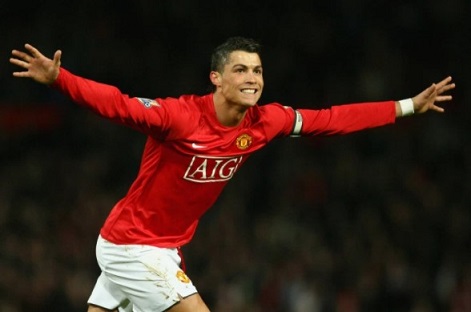 Nowhere in the world will a discussion on footballing heritage be complete without proper exaltation of the legendary career of Cristiano Ronaldo.

In fact, only a handful of players, active or retired, can match the achievements of  CR7, as he is more fondly called.

CR7: the man, the myth, the legend

Ronaldo started his career with the youth team of Andorinha, an amateur club in his hometown of Madeira, Portugal. Since then, he has played for Sporting, Manchester United, Real Madrid, Juventus, and now, Manchester United again.

At the time of writing, Ronaldo has shipped in a total of 815 goals in top-flight games and won over 34 trophies for club and country. His goal tally is the highest for any professional player on the planet.

Little wonder he is fiercely tipped for the designation of the “Greatest of All Time,” an informal recognition he keenly contests with Lionel Messi. His influence even extends beyond football, with many casino slots developed in his name. You can claim free spins bonuses to play some of them on this page.

For players in Europe, the average retirement age has been 35, with only exceptional players closing in on age 40 before hanging their boots. In fact, many stars above 35 spend their final footballing years in Asian leagues or the MLS. Now aged 37, CR7 is one of the oldest active footballers, joining the likes of Zlatan Ibrahimovic and Thiago Silva who still play in Europe’s top five leagues.

In the spirit of leaving when the ovation is loudest, is age 37 the right time for the legendary CR7 to yield to the field?

Ronaldo’s retirement: so near but still so far

For anyone looking close enough, it’s not hard to tell that Cristiano is in the game, firstly for his love for football, and his hunger for records. The tenacity to stay at the top of his game has driven him to stay fit and compete favorably with players almost half his age.

So, while a physique is usually the cue for most experienced players to take a backseat and retire to coaching, it’s not the same for Ronaldo. He even claims that the proper mindset, diet, and workout regime still can take him to 40, or more.

Besides, CR7’s current position does not augur well for retirement. He currently plays for arguably the weakest Manchester United team we have seen in two decades. Due to this, he is compelled to play in the Europa League for the first time in his career, amidst ugly rumors that he wants out of the club. In spite of his age, Ronaldo’s mentality does not support retirement as he wants to save the club that brought him fame and he feels physically capable of playing beyond 40.

With the World Cup coming up in December 2022, Ronaldo has a final chance to lay his hands on the ultimate trophy. Failing to win this may leave him one step lower than icons of the game like Pele and Maradona. And to remedy that, he may be looking to the 2024 edition of the Euros for one more accolade on his international trophy cabinet.

Ronaldo could easily throw in the towel today if he wants. He’s earned it. His massive goal-scoring record in the club and international matches could stand untouched for decades. However, now is not the right time. He still has the physique to keep banging in the goals for two more seasons. Also, he needs to bow out with a more favorable club legacy, a dream that Manchester United may not help achieve. So, one more international trophy and possibly a good season of club football with silverware and he can retire from professional football.

With all respect for a fantastic footballer. Ronaldo‘s egomanic obsession to be the “Greatest of All Time“ doesn‘t help Portugal winning the World Cup. If he hasn‘t the greatness to step back (bench), the chances are exactly zero. If FS would do...

With all respect for a fantastic footballer. Ronaldo‘s egomanic obsession to be the “Greatest of All Time“ doesn‘t help Portugal winning the World Cup. If he hasn‘t the greatness to step back (bench), the chances are exactly zero. If FS would do the same as Ten Hag and Ronaldo would accept that, PT wouldn‘t have to fear any team. Ok maybe to fear an over-cautious FS kind of game plan…

Roger
This comment was minimized by the moderator on the site

I don't understand the repeated articles regarding this topic. Instead, why not write an article on the women's national team achieving something great?

Manchester United finally made a few moves in the transfer window to bolster their squad Antony, Casemiro, Erikson, Martinez etc. Still Ronaldo had a very poor game today in the Europa league. One of the more glaring issues I noticed was...

Manchester United finally made a few moves in the transfer window to bolster their squad Antony, Casemiro, Erikson, Martinez etc. Still Ronaldo had a very poor game today in the Europa league. One of the more glaring issues I noticed was receiving the ball front and center in a break away position and not being able to sprint fast enough and shoot on goal. Defenders caught up and the chance vanished. The 4-2-3-1 formation isn't helping him either. Needs a strike partner to open space and exchange passes with but it's a lot of tactical sacrifice for one player. Obviously his career is running short. Hopefully he'll be super motivated for one last run with the national team.

IMO, his head has not been right through the entire transfer saga - Did not join team for preseason and was focused more on a transfer than the start of The Premiere League

He will want to be in the best shape possible for Qatar - And then what If he leads United in goals scored and they finish top 4 this season - Those calling him finished today, what will they then have to say?

Read More
D Fernandes
There are no comments posted here yet