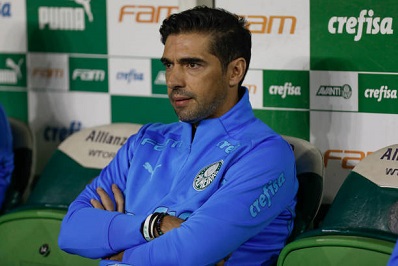 Portuguese boss Abel Ferreira has reportedly turned down the opportunity to negotiate with Brighton & Hove Albion, as he targets building on his Palmeiras legacy by winning the Campeonato Brasileiro.

Brighton are searching for a new manager after losing high-rated coach Graham Potter last week to Chelsea, where he replaced the sacked Thomas Tuchel. According to reports in Brazil, Abel was contacted about the position but has decided to stay in South America for at least the remainder of the calendar year.

Palmeiras are currently eight points clear at the top of the Brazilian top flight with almost two thirds of the season played. Having won the Copa Libertadores twice, as well as the Copa do Brasil, Paulista State championship and South American Super Cup, the Brazilian league title is the one major trophy eluding Abel from his glittering spell in charge since arriving just two years ago.

According to UOL Esporte, Brighton have been tracking Abel for many months as the prospect of losing Potter became a growing possibility. However, with contact made over the last 24 hours, the Portuguese ruled out the move as he is keen to add the Campeonato Brasileiro to his honours list. Abel has a contract with Palmeiras which runs until 2024.

The former Braga chief was voted South American Coach of the Year in 2021, becoming the first manager from outside the continent to win the award.