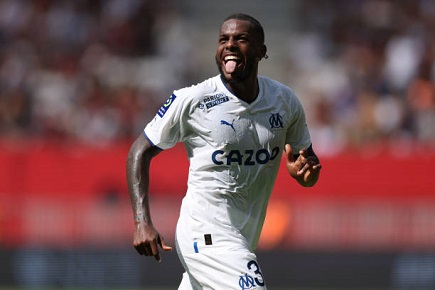 Portuguese full-back Nuno Tavares has been named Marseille’s Player of the Month for August, after a goal-laden start to life in Ligue 1 this season.

Tavares, who arrived on a season-long loan deal from English side Arsenal, scored three goals in his first four matches at the Stade Veledrome as Marseille have enjoyed their best-ever start in the French top flight.

As such, Tavares has been recognised as the club’s best player in August. The former Benfica man, 22, has been deployed at left wing-back in new manager Igor Tudor’s 3-4-2-1 system.

Second-placed Marseille are unbeaten in Ligue 1 with six wins and one draw from their seven outings, meaning they are level on points with league leaders and champions Paris Saint-Germain.

“I feel really good and grateful to be chosen,” Tavares said of his award. “Without my teammates I wouldn’t be as good. I’m really excited to keep going. I didn’t expect in the first games the support I’ve had, I think it’s really helped me to improve and go forward. I think I’ve done a good job and I will try to do the same all season. I think I can help the team with goals and assists and collectively, and they will help me too”