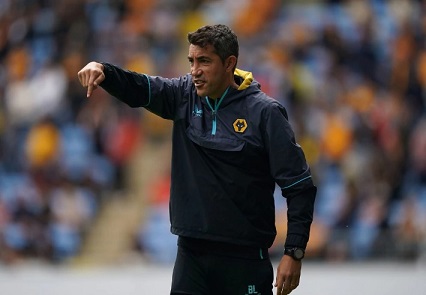 Winding back to those heady days of the summer transfer market, the optimism and positivity beginning to re-emerge at Wolverhampton Wanderers following the shock club record signing of Sporting CP star Matheus Nunes feels like a distant memory.

It was a sensational coup. A player widely anticipated to be heading to one of the best clubs on the continent, a star lauded by Pep Guardiola as one of the very best in the world; at that time, he was widely considered unattainable for the West Midlands club, and when they signed him, the feeling was that Wolves were getting themselves firmly back on track to climb up the table and rub shoulders with the best.

Among Portuguese football fans who had had the privilege of witnessing first-hand the talent on display of the players which were passing through Molineux, there was even the popular opinion that Wolves could well be set for their best ever Premier League campaign - European football seemed like a very reasonable aim.

Since then, Lage has gone, Wolves have struggled to recruit a replacement, and the club have found themselves deep in a relegation scrap - they are now deemed the third most likely to suffer relegation this season by the reputable FiveThirtyEight, and by some distance.

The extent of their struggles this season are staggering, and deeply concerning.

Just two wins in 14 matches have seen Wolves fall essentially to the foot of the table, only saved from the ignominy of residing in last place by virtue of a superior goal difference than newly promoted Nottingham Forest.

How it has gone wrong, who is to blame, and what the season is likely to have in store are up for much debate. To try and analyse this, perhaps it’s useful to take a look back at the story so far.

Lage, you could say, was a divisive figure at Wolves; there will be plenty who will say he was out of his depth, perhaps under qualified for a gig in the Premier League having only garnered around 18 months of experience of top flight senior management. Others will suggest he was unfortunate and that extenuating circumstances worked against him and made this a fairly thankless task for many a manager. Some might say it’s a combination of the two. Here’s an attempt at a balanced dissection of his ultimately ill-fated tenure.

It all started at the beginning of the 2021-22 season. Lage’s arrival at Wolves was supposed to beckon a change of style, a shift to a more attacking, fluid approach that would see the team move away from regularly grinding out results as they had managed so successfully under his much-loved predecessor Nuno Espírito Santo, and transition into a side that would play the exciting football befitting some of the flair players plying their trade at the club.

The opening few matches of his tenure led to much optimism that his attacking philosophy employed at Benfica was to be reproduced in Wolverhampton, even if the results didn’t immediately match the brand of football provided.

Gradually, however, Wolves began to look as though they were reverting back to their previous system, often looking to soak up pressure and play more on the counter. The football was not the offensive style many were promised - though results certainly were improving, with Wolves rising as high as 6th in the Premier League table after 12 matches, and sitting in 7th with just 12 matches to go.

You couldn’t say Wolves were overly exciting. Indeed, after 19 league games of Lage’s debut campaign at the club, Wolves had scored just 14, and conceded just 14. Wolves had been involved in just 28 goals at the halfway point of the season. In the over 130-year history of top flight English football, never has a team been involved in as few goals after 19 league games, proving just how historic this Wolves side were, even if not for the best of reasons. It wasn’t exactly an advert for an adventurous, exciting football team - even if, at that time, Wolves actually weren’t as uninspiring and drab as that statistic would suggest.

It didn’t particularly matter though. Sure, Wolves fans were delivered an unfulfilled promise of a consistent upgrade in style, but when you’re pushing for Europe and looking up the table, rather than over your shoulder, there isn’t exactly much to complain about when the approach being taken is bearing so much fruit.

When the positive results disappear, however, that feeling of acceptance transitions into frustration and anger, and when Wolves lost 8 of their last 12 league games, slipping from a comfortable 7th place and European qualification to a run-of-the-mill and entirely underwhelming 10th, it is entirely unsurprising that the murmurings of discontent grew increasingly loud after the season terminated.

Lage was afforded just 8 league games this season before he was sacked, a 2-0 defeat to fellow strugglers West Ham confirming his fate. It was long overdue for many Wolves supporters, who felt the end of season capitulation of the previous campaign was itself a sackable offence, and an indication that a change of direction was required.

With the benefit of hindsight, however, you could certainly argue that it perhaps would have been better to keep the Portuguese coach until the start of the World Cup; Wolves’ struggles to appoint a replacement to Lage has seen academy coach Steve Davis take over, and results have not improved, with just one win in six - and a 0-4 home thrashing against a Leicester side languishing at the bottom of the table - seeing Wolves only sink further into trouble.

Wolves’ hierarchy clearly weren’t entirely prepared to appoint a successor. After all, it was only a matter of weeks - perhaps even days - before Lage was sacked that he was being given the public backing of the ownership. When Lopetegui initially turned them down, their search for an alternative seemed chaotic and directionless, which is not a good sign for a club in desperate need of a quick turnaround. Davis has therefore been given the task of remaining as caretaker manager until the World Cup starts later this month.

Having finally got their man in Lopetegui, optimism has grown significantly at Wolves, and the expectation is that he’ll lead them comfortably to safety. More on him later.

First, though, it’s perhaps worth reflecting on Lage’s reign at the club in its entirety to deduce just how much of the blame he has to take for Wolves’ current shortcomings.

There can be no debate that Lage-ball proved to be incredibly different in Wolverhampton than it did in Lisbon. While at Benfica he saw his side scoring for fun and playing exciting attacking football while delivering results to match, this simply did not happen at Wolves; his style was far too cautious for that to ever happen, and that was a huge disappointment and a real surprise for those who had the honour of watching Benfica under his stewardship regularly.

Fans also criticised some of his in-game decision making and substitutions, which often, in the eyes of some, hindered Wolves’ chances of a positive result. His interviews also sometimes bewildered supporters, his reflections on the game not always matching what they had themselves observed when watching from the stands, and he didn’t seem to have any way to reverse the slide - not too dissimilar to how his time at Benfica came to an end.

In the defence of Lage, Wolves had problems that extended beyond him. First and foremost, the lack of out and out striker was a serious issue. Raul Jimenez has proven himself a top-class striker, but it is no surprise that since his horrendous head injury he hasn’t yet returned to his best level. Apart from him, Lage could only call upon teenager prospect Fábio Silva who, despite being very highly regarded, remained a work in progress.

Jimenez only scored 6 league goals in Lage’s full season at Wolves, a dramatic drop from the 17 he netted under Nuno in his final pre-injury campaign. Silva didn’t find the back of the net at all. It seems reasonable to suggest that any manager would struggle to get teams scoring goals in this sort of situation, with Wolves’ excellent wide options all offering great attacking threat, but as creators rather than goalscorers.

Reverting to a more defensive, organised structure was likely not what Lage had envisaged upon taking charge of the club, but equally it perhaps wasn’t the worst plot considering Wolves’ attacking shortcomings; it was a decision taken out of necessity, rather than choice.

This could be disputed, of course. Plenty will reasonably argue that someone who is considered a tactically-minded manager like Lage should be able to come up with better solutions to a striker deficiency than he mustered, and that he simply wasn’t suitably prepared or ready for the job he was given.

The truth likely lies somewhere in the middle, and maybe if resources were slightly different, Lage may have been able to have some more success.

He is in the past for Wolves fans now though, and there’s a lot of excitement and enthusiasm about his successor.

And you can see why. Wolves appointing a former Spain and Real Madrid manager, who also led Sevilla to Europa League glory - at the expense of Wolves - is an impressive coup, and he comes with a growing reputation and a strong CV.

It is also positive to see Wolves not limiting themselves to just Portuguese coaches; there are some stellar managers to emerge from the nation, but the better options are generally unavailable, and to get the best out of the players at your disposal, you often have to cast your net wider, as Benfica have illustrated well with Roger Schmidt. 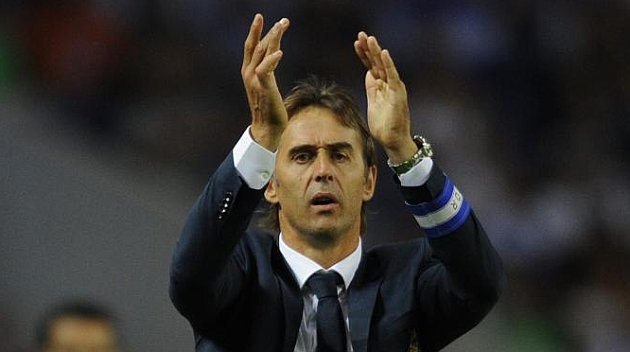 It is true that in Portugal Lopetegui perhaps isn’t held in the highest regard. He failed to win a trophy for FC Porto despite having a strong squad and spending considerable money. His reign at the Portuguese giants was a big disappointment, and it therefore came as a surprise when he was given the opportunity to manage both his country and heavyweights Real Madrid, his time with the latter proving extraordinarily brief.

No doubt, however, that he has by now proven himself a very good manager, and his achievements at Sevilla are particularly praiseworthy. He will command respect in the dressing room, he will be able to motivate his players, and optimism in his arrival feels well placed.

He has got a tough task ahead of him though; Wolves could slide even deeper into trouble by the time he takes over. The positive for him, however, is he will have a January transfer window to operate in which he can change the landscape of a club considerably. Sign a top-class centre forward, and Wolves’ squad will once again look capable of looking up to mid-table and beyond.

It will also be interesting to see if he is the man that can finally bring regular free-flowing attacking football to Molineux. He hasn’t necessarily got a reputation for it, of course; he is seen more as a possession based but pragmatic manager who will value results over entertainment. Considering Wolves’ current predicament, that is surely something every Wolves fan can get on board with.

Once this season has been salvaged though, the style he employs when given the freedom of a pre-season will be interesting; Lage arrived with a reputation for attacking football and delivered mostly the opposite; Lopetegui has a reputation of basing his style more on organisation over creativity - but maybe he too will surprise us with what he employs.

Above all, the hope is that he’s able to deliver results that get Wolves fans dreaming of European football again, and arriving with a great reputation and a growing track record, you wouldn’t bet against him being a success.