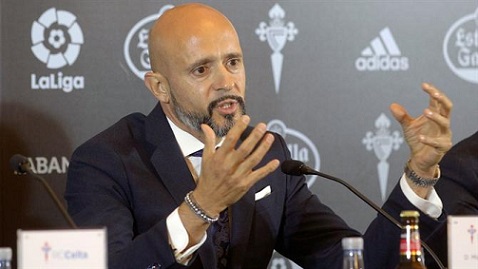 Former Rio Ave boss Miguel Cardoso has been appointed the new manager of Spanish club Celta de Vigo. The highly-rated Portuguese coach arrives at the Balaidos to take over from Antonio Mohamed, who was sacked by the La Liga outfit earlier this week.

Meanwhile, veteran ex-Benfica coach Jorge Jesus has confirmed that he is seeking a quick return to Portuguese football next year, having turned down the option of extending his current contract with Saudi Arabian club Al-Hilal.

Celta’s decision to hire Cardoso and dispense with Mohamed so early into the season has surprised some in Spain, with the Argentine manager losing his job after just twelve games in charge following his arrival from Mexican football in the summer. Celta currently sit in 14th place in La Liga, just one position lower than the Celestes finished last term.

However, with Cardoso having been on Celta’s shortish to take the job earlier this year before Mohamed was appointed, it appears that the Spanish club have signed a coach that they believe has the right attributes for the job. For Cardoso, it is a swift return to football having left French club Nantes after just eight league games in October.

Cardoso, who has described his new job as “a great honour” was introduced to the press on Tuesday, and it is little surprise that his footballing philosophy has gained much of the headline space. The 46-year-old is known for his keen dedication to a footballing style that comprises a high defensive line, strong positional play, retention of the ball and acute pressing.

Such characteristics were evident at Rio Ave last season, which was Cardoso’s first job as head coach following a long period as an assistant manager. Cardoso’s Rio Ave finished the season in 5th place, but it was more than just results that caught the eye, with the Vila do Conde side averaging 57% ball possession (surpassed only by Benfica) and regularly causing problems for Portugal’s traditional big sides.

“I want a team with its own identity, able to control the game and have possession of the ball,” Cardoso told the Spanish media upon his presentation. “It will be a gradual process but I hope that within a month the players will start to assimilate the concepts I will be implementing.”

Cardoso’s ability to transmit those ideas at Rio Ave last season led to him being appointed at Ligue 1 club Nantes during the summer, replacing the more pragmatic Italian Claudio Ranieri. However, in France Cardoso found a squad less receptive to his ideas and after winning just one of his eight matches in charge, he was dismissed from his position despite having the support of sections of the club’s fanbase.

Celta appears a better fit, with the squad full of technical players, many of whom are young and may be more open to the Portuguese coach’s ideas. Indeed, Cardoso spoke to the Galician club in the spring about taking over at the Balaidos, although the Portuguese was keen not to dwell on such things during his press conference. “It’s normal that clubs talk to coaches, but that is in the past. What’s important for me is that I have taken a big step in my coaching career.” 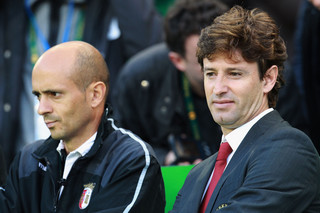 The step into management was a long time coming for university-educated Cardoso, who did not play football professionally and spent some 20 years working his way towards becoming a first-team manager, having coached the youth teams at FC Porto before being given his first job as assistant at Belenenses by Carlos Carvalhal in 2004.

“Formations are not the most important thing,” Cardoso said on Tuesday. “Football is not chess – it is dynamic. The formation or system gives you a picture when the game starts, but there are many movements. Maybe we will play 4-2-3-1 (Cardoso's preffered system at Rio Ave) but I have to get to know the team and see what they can do.

“What I want is for my players to have a very clear idea of what we are doing on the pitch. The job of the coach is not to remove the players’ creativity. I want us to have that clear identity, which will make us stronger defensively, stronger when we have the ball and stronger when we do not have it.”

Naturally, the Spanish press insisted on comparing Cardoso with José Mourinho, who managed for three years in La Liga with Real Madrid between 2010-2013. Cardoso was keen to avoid direct comparisons, though: “I wish that one day I could have a record like him. He is a reference for us all and I actually collaborated with him at Porto, but nobody can be like José ” 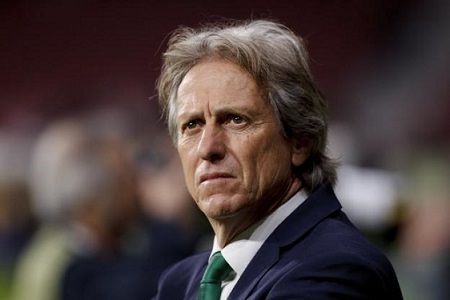 Jesus wants return to Portugal in 2019

The veteran coach signed a 1-year contract with Al-Hilal in June and, with a 100% record after nine matches of the Pro League so far, there have been attempts by the club to extend Jesus’ contract by a further two years on a lucrative new deal.

However, the Portuguese has confirmed that he has declined the offer and intends to return to his homeland in 2019 when his contract expires. “I will leave Al-Hilal and return to Portuguese football,” he said. “Even though they like me here, going back to Portugal is the goal for me.

“It is an experience,” he said of his life in the Middle East. “I never thought of leaving my country, as those who know me understand well. I would only have left for two reasons: for a big European club or it would be a financial aspect, and I can say that Sporting paid me more than Al-Hilal does.

“The truth is I had to leave. It is difficult to talk about tomorrow, but I think it will be just one season here. The club has made a proposal for three seasons, but I will not take them up on it.”

Will Jesus really go back to Portugal? Which team?!
He'll more than likely end up at West Ham or somewhere instead.

No mention to Cardoso's painfull awkward moment when he referred to Celta was DEPORTIVO!!?

Talk about foot in mouth.

Also, despite the situation at Benfica (I don't seem to be as negative as others, but football fans can be fickle) I would not...

No mention to Cardoso's painfull awkward moment when he referred to Celta was DEPORTIVO!!?

Talk about foot in mouth.

Also, despite the situation at Benfica (I don't seem to be as negative as others, but football fans can be fickle) I would not like to see Jorge Jesus. We lost far too much young talent without even getting to see them play for the first team. His style is all about the NOW.

I decided to spare him a mention of that, Miggy. Poor guy could use a break!

Hahahaa, I fully understand, Sean! He better hit the ground running though just to make up for that.

Miggy
There are no comments posted here yet