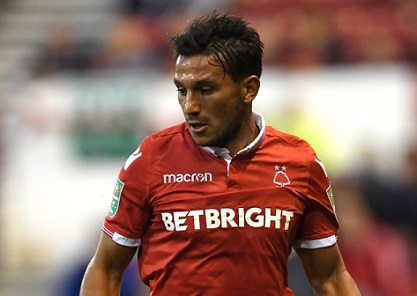 Portuguese coach Miguel Cardoso says he will work on improvements after watching his Celta Vigo side lose to Real Sociedad in his first match in charge in La Liga. Elsewhere, Portuguese duo João Carvalho and Tobias Figueiredo are reflecting on contrasting contributions to a sensational 5-5 draw in the English Championship.

Meanwhile, Diogo Dalot has been speaking about José Mourinho, while Mourinho’s former assistant José Morais has resigned from his job in Ukrainian football to take up the position of new Jeonbuk Motors manager in South Korea, and Paulo Sousa is tipped to return to English football with Southampton.

We must work on what went wrong - Cardoso

Miguel Cardoso’s debut on the bench at Spanish club Celta Vigo got off to a frustrating start on Monday evening, with the Galician side going down 2-1 at Real Sociedad to leave the Portuguese coach suffering defeat in his first match in La Liga. The result leaves Celta just three points above the relegation zone. 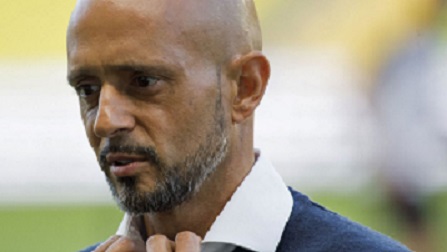 Celta lined up in Cardoso’s favoured 4-2-3-1 system and shaded possession at Anoeta, but only managed two shots on target as the hosts had by far the greater number of attempts on goal. The visitors conceded the opener on 37 minutes and a second just after half time, with Cardoso introducing substitute Maxi Gomes who pulled a goal back with ten minutes remaining.

“I think the first 30 minutes were good, but then we made a few mistakes on the ball and an error for the first goal, which cost us,” Cardoso said after the match. “We changed some things at the break, but as soon as we re-started we conceded again, which meant we had to give everything. The team did not do everything right, but we tried and got the goal although it was a little too late.

“I have only trained the team 11 times, with some players only two or three times. I am not happy because we have not won, but we now have to find the things we did wrong and work on them.”

Aston Villa and Nottingham Forest took part in a remarkable match in the English Championship on Wednesday evening, sharing ten goals in a match that saw both sides come from behind to lead as well as disallowed goals and a red card.

Forest arrived fielding two of their Portuguese contingent, with former Sporting man Tobias Figueiredo taking his place in the heart of Aitor Karanka’s defence and club record signing João Carvalho playing as the team’s playmaker. The visitors were 2-0 up inside just six minutes, with Carvalho playing a part in the first before scoring himself as Forest looked to continue their good recent form.

However, Villa took less than ten minutes to draw level as Tammy Abrahams scored twice to make it 2-2 with less than 15 minutes on the clock. Forest re-took the lead soon after and Abrahams completed his hat-trick to see the sides go into half time level at 3-3. Forest were 4-3 up when Figueiredo received a straight red card for a bad tackle on 68 minutes, and it proved a turning point.

Villa scored twice in quick succession – Abrahams getting his fourth - to lead 5-4 heading into the latter stages, prompting Forest to bring on a third Portuguese in Gil Dias, and the visiting ten men salvaged a draw thanks to Lewis Grabban’s 82nd-minute strike. The result keeps Forest in the play-off positions and sees them six matches unbeaten in the league.

Portuguese youngster Diogo Dalot has been speaking to Manchester United’s in-house television channel this week, and the former Porto right-back admits that José Mourinho was a key factor in him making the move to Old Trafford over the summer. 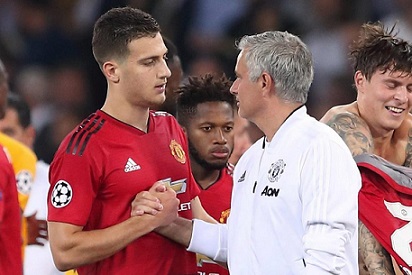 Dalot arrived in England in June for over €20m as one of only three signings made by the club ahead of the current season. The 19-year-old impressed on his debut for United in the Champions League against Young Boys and although yet to feature much since, Dalot was glowing in his praise of his new manager.

“José was a big influence on me coming here,” he told MUTV. “He was very important. His history speaks for itself, the way he is coaching and the way that he has made football change.

“It is the fact that is he is Portuguese too. The relationship that he has with the players is very good, and it was quite impressive to me. He pushed me to come here and the way that he believed in me was very good. That is why I am here. He is a big reason why I came.

“It is a big connection with Porto. He knows the former club where I played. He knows the way I think because players in Porto think in a different way to the other clubs and he knew that.

“So he was very, very important to me. I don't have doubts that in Portugal, the best club to form a player is Porto. It was a very good 10 years to develop, not just as a player but as a man. But it was important to make this step. The coach helped me to do it and it is a lot easier with him here.”

José Morais resigned from his role as manager of Ukrainian side Karpaty Lviv on Tuesday, and was promptly unveiled the new coach of South Korean giants Jeonbuk Hyundai Motors on Wednesday.

Morais, who has often been an assistant to Jose Mourinho, had been in charge of Karpaty since the summer, but has found the opportunity to take charge of one of South Korea’s biggest clubs impossible to resist.

“I did everything I could to keep him, but he received an offer he could not refuse and made his decision,” Karpaty vice-president Oleg Smalyuk told reporters.

For their part, Morais’ new club announced his arrival to local outlets. “Given his wealth of experience in European football, we felt Morais was the perfect coach for our club’s philosophy,” Jeonbuk are quoted as saying in a statement.

Experience is something the 53-year-old certainly does not lack, with his latest job the 19th different club Morais has worked at across a career that has seen him work in Germany, Sweden, Saudi Arabia, Tunisia, Yemen, Turkey, Greece, England and of course Ukraine, as well as high-profile coaching stints with Porto, Inter, Real Madrid and Chelsea.

Jeonbuk, who have won the last two South Korean league titles, had been searching for a replacement for long-serving outgoing boss Choi Kang-Hee, who left the club to replace Portuguese Paulo Sousa at Chinese Super League club Tianjin Quanjin. 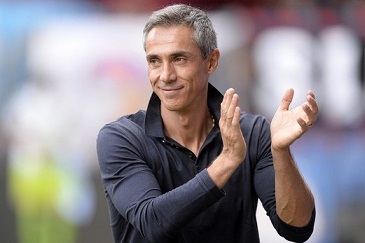 Paulo Sousa himself is looking to make a quick return to management and has reportedly held talks with Premier League club Southampton over the possibility of replacing under-pressure manager Mark Hughes at St Mary’s Stadium.

The Portuguese coach was seen at Craven Cottage attending Southampton’s weekend defeat to Fulham and, according to The Times, Sousa is the club’s preferred choice should Hughes be released from his position after Saturday’s match with Manchester United.

Former Benfica and Sporting star Sousa worked in the English Championship at Queens Park Rangers, Swansea City and Leicester at the start of his managerial career, before winning trophies in Hungary, Israel and Switzerland and serving a two-year stint in Serie A with Juventus.

Portuguese paper A Bola had suggested over the weekend that Leonardo Jardim could be a candidate for the Southampton job, but Sousa is believed to be the first choice for the club’s Chinese owners.