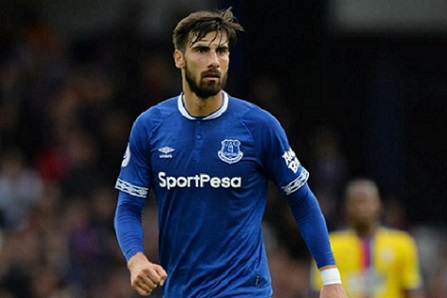 The recent mystery surrounding the absence of Monaco midfielder Rony Lopes has been clarified this week, with it emerging from France that the Portugal international suffered a setback in his rehabilitation following a hamstring injury sustained in September

Elsewhere, Everton boss Marco Silva has been speaking about the Merseyside derby as Andre Gomes gains praise from his teammate, while West Ham United's Portuguese youngster Xande Silva talks about his idols and forgotten man Nélson Oliveira looks set for a possible January switch to Turkey. 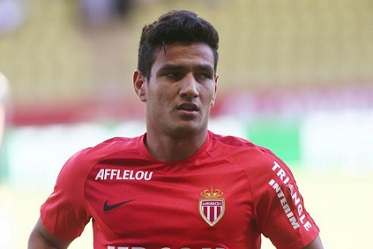 For Rony Lopes, the 2018-19 season has been one to forget as the former Benfica youth player has been side-lined for almost three months, after going off during Portugal’s match with Croatia in early September. The 22-year-old returned to training towards the end of last month, but his continued absence had been a source of confusion as Monaco struggle under new coach Thierry Henry.

However, it has now been reported that Lopes suffered a relapse in his recovery, just as he was edging closer to making his return. While Monaco’s match with Paris Saint-Germain before the international break came too soon for the Portugal midfielder, Lopes was expected to return to action with the resumption of the club schedule.

A new tear to the back of the thigh muscle during the international break put that comeback on hold and is likely to keep Lopes out for another couple of weeks. Monaco have an incredible seven matches in the first three weeks of December, meaning the return of one of last season’s key players is vital, but there will no doubt be caution in rushing Lopes back given his recent problems.

In England, the positive atmosphere emanating from Everton continues ahead of their derby with city rivals Liverpool in the Premier League this weekend. Toffees boss Marco Silva was in typically ambitions mood when speaking to the media on Friday, insisting that he is hoping for victory at Anfield. 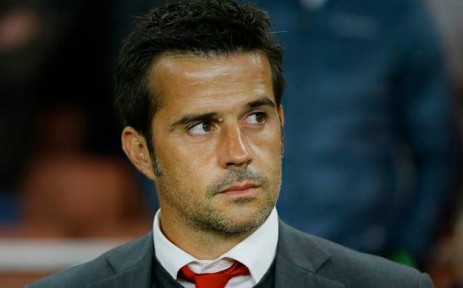 “I want the players to play to win,” the former Sporting man said. “For sure it will be a really tough match but I want my players to have big motivation. It is a fantastic game to play and our fans will be there with us.

“The players have to play and enjoy the moment. What I don’t want is a word like ‘fear’ in our dressing room. We respect all of our opponents but we don’t change anything in terms of our ambition, our way.

“What I want is to see our team be ourselves. Nothing different from what we did in the big games we played already. I am sure that is what our fans want to see as well, us being ourselves and fighting to achieve a good result. It is a special game for our fans, but we want to be the same team – playing to win the match, being strong, enjoying the occasion and having big ambition behind us.”

Meanwhile, club stalwart Seamus Coleman has been lavishing praise on Portuguese midfielder André Gomes, currently on-loan at Everton from Barcelona. Gomes has enjoyed a quick adaptation to the Premier League and is clearly impressing his colleagues on and off the field.

“The clubs he has played for speak for themselves,” the Irishman said of Gomes. “"I know he had an injury when he came but as soon as he got up to speed you could see the quality he has.

“It is players like that that make everybody else’s jobs a little bit easier as well. When you get the ball in the right-back position, for example, you know you can give him the ball with the man on his back. He will turn out or play a one-two with you and you have that confidence to give him the ball in tight situations.

"He really is a top player and I have touched on it a few times he is a great lad as well. The manager is not only signing good players, but really good lads."

West Ham United’s Portuguese U21 international Xande Silva has been speaking to the press in England this week, and gave a touching tribute to the idols who have inspired him on and off the pitch. The 21-year-old joined the Hammers from Vitória Guimarães in the summer and is waiting on his official debut for the club, although he has already been in sharp form for the U23 side. 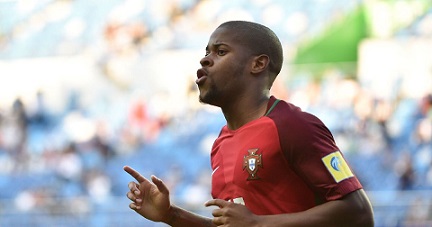 Asked to guide readers through his idols, Xande started with his mother: “Because it was her who brought me to the world and the person who has always believed in me. I lost her four years ago but I know she’s always with me and all that I do now is for her.

“She always did everything for me, she took care of me like more than a son, she always showed a lot of love for me. As I said, everything I am I owe to her.

Sadly, my Mum couldn’t be there when I signed my first contract, as she passed away four years ago, so she never saw me become professional, but I know she’s there watching me play and believing in me.”

“My idol as a footballer was my father, Quinzinho. He was a professional player, I watched some of his games, he was a good player, he played in Porto, one of the biggest clubs in Portugal, and that motivates me to reach the place where he got to. He was one of the people who put me in the right way.

“They say in Portugal that son of a fish is a fish, so I suppose it was always likely that I would become a football player like him.”

Finally, Xande spoke about two stars he grew up admiring, citing Brazilian striker Adriano and Frenchman Thierry Henry. “When I was young, I liked Adriano, a very strong and very technical player, he was a killer in the box,” he said. “I really liked him when I saw him play and I also think that my football style is similar to his and I looked up to him.

“Thierry Henry was a great player as well, I liked very much to watch him play, I remember watching many of his games with my Dad at home, he was very technical and I think he was a good reference.

“Well, at the beginning when I was young, they were my heroes, but now not so much. I prefer to focus on myself than on others. 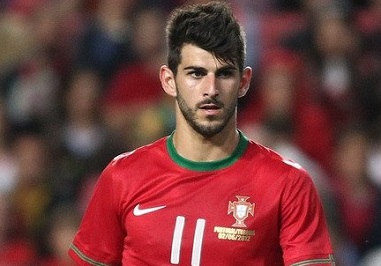 One forward player who has struggled to fulfil his ambitions so far is ex-Benfica striker Nélson Oliveira, who has barely figured for Norwich City in the English Championship this season. The 27-year-old has been frozen out by manager Daniel Farke since the pair fell out during the summer when Oliveira requested to leave the club.

Even goals for the club’s reserve side have not aided Oliveira’s cause, but it now appears that Turkish giants Besiktas could be set to rescue the Portuguese. According to reports, the clubs are in talks over a €3m deal which would see Oliveira link up with Pepe and Ricardo Quaresma in Istanbul.

Besiktas are believed to want to take Oliveira on loan for the second half of the season with a view to tying up a permanent deal in the summer. With Norwich keen to sell, it is expected the former Benfica, Deportivo La Coruna and Swansea City man would be keen on starting afresh in Turkey.

Nelson Oliveira - what a waste!
Bad news for Rony Lopes/

Nelson O - garbage, selfish attitude, never grew as a person. His football stayed static. He had that great youth tournament but really did very little to warrant the attention. Almost cost Portugal qualification, I wont forgive him for that (you...

Nelson O - garbage, selfish attitude, never grew as a person. His football stayed static. He had that great youth tournament but really did very little to warrant the attention. Almost cost Portugal qualification, I wont forgive him for that (you all can) but I wont.

Contrast him to a Quaresma or Bruma who all have great early success with suspect attitudes but all tried to grow as people and have achieved some measure of success. I shouldn't be shitting on Nelson O but that guy pisses me off.