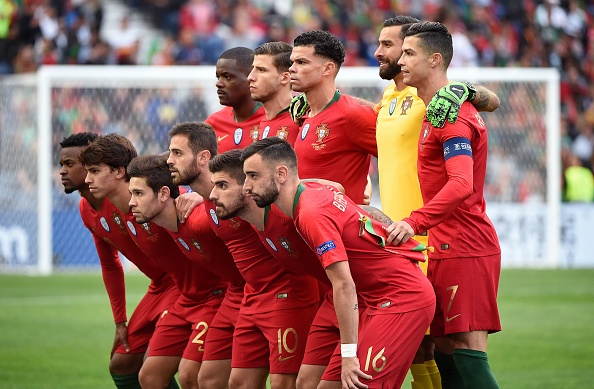 Preview and Podcast ahead of final

Portugal host Netherlands in the inaugural final of the UEFA Nations League Finals at Porto’s Estádio Do Dragão on Sunday. A Cristiano Ronaldo hat-trick inspired the Seleção to a 3-1 win against Switzerland in the semi-finals with 19-year-old João Félix making his debut.

For tips on who to back to lift the trophy, Freetips.com are offering their readers free tips and a preview of the final. Let’s take a look at some of the main talking points ahead of the big game and a brief rundown of the Netherlands.

Ronaldo does it again

He has been written off time and time again, but there is nothing Cristiano Ronaldo loves more than silencing his critics. A trade mark free kick, trade mark anticipation and finish followed by a trademark cut inside and goal into the far corner, Ronaldo displayed his ability to score from any situation.

His first hat-trick came for Manchester United against Newcastle United in a 6-0 English Premier League thrashing on 12 January 2008. On Wednesday Ronaldo recorded his 53rd career hat-trick and seventh for Portugal.

CR7 will be desperate to help his nation win the UEFA Nations League and partially erase the memory of that nightmare defeat against Greece in the 2004 European Championship Final at the Estádio da Luz.

Santos showed he is willing to adapt by selecting Nélson Semedo over João Cancelo at right-back, starting Bruno Fernandes and moving Bernardo Silva into a central position. 19-year-old João Félix also started the match in his senior debut and went close to scoring after being pulled back by Ricardo Rodriguez.

It was inevitable there would be some difficulties adjusting to a different system and accommodating new players into the team. Switzerland had chances to score with Benfica’s Haris Seferovic leading the way, but overall this was a positive step forward.

This will be a work in progress but Santos is likely to stick with the changes he made against Switzerland. Bruno Fernandes will become a permanent fixture in the starting XI and Bernardo Silva should stick to a central position where he can see more of the ball and influence the game.

Santos will be forced into one change here with the injured Pepe making way for José Fonte. It wouldn’t surprise if João Cancelo came in for Nélson Semedo at right-back to offer more threat against Daley Blind.

Félix was unable to dominate the match as he has become accustomed to for Benfica, he may lose his starting spot to Gonçalo Guedes, Rafa Silva or Diogo Jota. 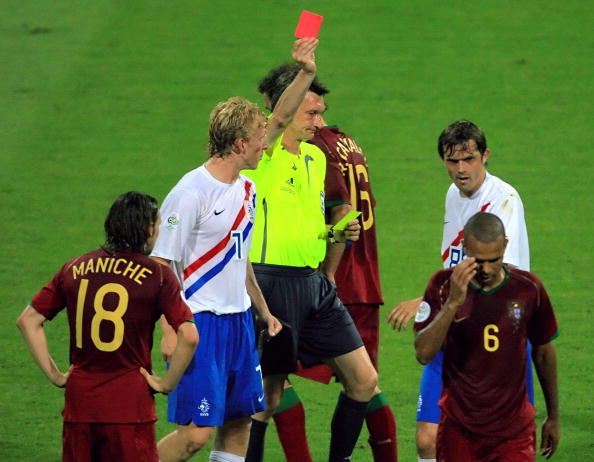 Portugal defeated Netherlands on their way to the 2004 European Championship Final, a 2-1 win for Luiz Felipe Scolari’s side at the Estádio José Alvalade secured with goals to Cristiano Ronaldo and Maniche.

The last competitive fixture between these nations was a 2-1 win for Portugal at the 2012 European Championship. Rafael van der Vaart put the Netherlands in front in Kharkiv, but a Cristiano Ronaldo brace saw Portugal advance to the knockout phase.

Two friendlies have followed, the first a 1-1 draw at the Estádio Do Algarve in 2013 with Cristiano Ronaldo equalising in the 87th minute. The last encounter was a friendly in Geneva in March 2018, a 3-0 Netherlands win with Memphis Depay, Ryan Babel and Virgil van Dijk on target before João Cancelo was sent off in the 62nd minute.

Netherlands have seen a resurgence since Ronald Koeman took charge in February 2018. Their central defence is the envy of nations worldwide, Matthijs de Ligt and Virgil van Dijk worth in excess of €150 million. Barcelona’s new €75 million signing Frenkie de Jong dominates midfield and Georginio Wijnaldum has the freedom to get involved in a number of positions.

Memphis Depay was primarily known as a winger before transitioning into a striker at Lyon which has continued for the Netherlands under Koeman. Winger Quincy Promes was involved in both extra time goals against England after replacing Ryan Babel, he is likely to start against Portugal.

Right-back Denzel Dumfries will be targeted by Portugal and Ronaldo, while left-back Daley Blind has been playing in central defence since returning to Ajax. Goalkeeper Jasper Cillessen has hardly featured for Barcelona since moving to Camp Nou, while de Ligt conceded a penalty against England after being put under pressure.

Ronald Koeman has had his system in place for over a year while Fernando Santos is very much experimenting with a modified formation and personnel. This match is difficult to call from a neutral perspective but home crowd and Ronaldo can be the difference makers in Porto.

The Dutch have an excellent side. They have two outstanding center-backs, an excellent midfield, and an experienced coach. In many ways, however, they are quite similar to the Italy side that we faced in the group stage in that while they...

The Dutch have an excellent side. They have two outstanding center-backs, an excellent midfield, and an experienced coach. In many ways, however, they are quite similar to the Italy side that we faced in the group stage in that while they dominate midfield battles (de Jong is pure class), and are strong at the back, their front three lacks genuine world-class talent. The likes of Depay, Promes, and Bergwijn are quality players, but they are not Robben, Sneijder, and Van Persia. Therefore, while they can certainly pick teams apart in transition, they can sometimes lack some cutting edge in the final third against a disciplined defensive unit.

Therefore, I expect Santos to do what he does best, concede possession to a side with a far better organized offensive scheme, sit back in two banks of four, and look to create chances on counter-attacks and set-pieces. Danilo will be available, so I expect to see him make a return to help counteract the threat Holland pose on set-pieces. I also see Felix getting dropped for one of Goncalo Guedes or Rafa.

In all honesty, I see this playing out as a relatively cagey game of few chances, and more often than not, having a player of the caliber of Cristiano Ronaldo on your side proves to be the difference. Winning the Nations League final in Porto is by no means the equivalent of winning a World Cup or a European Championship, but no one can deny that these games have been played with the same fight and intensity that you would expect to find in a major international tournament -- I'd argue it's been a far cry from what you tend to see in the say the Confederations Cup or the Olympics, not to mention meaningless international friendlies.

My prediction: 1-0 win for Portugal with Ronaldo scoring a trademark late-game header.

Danilo is unlikely to start in my opinion because he is the only player that can come on for Dias or Fonte if they pick up an injury or red card.

Fonte and Dias are going to be nauseous after this game. Raphael and Cancelo or Semedo is going to have to work as hard as possible defensively to stop Promes and Berwign(spelling?). Honestly, I think we’re going to need to score a minimum of 2...

Fonte and Dias are going to be nauseous after this game. Raphael and Cancelo or Semedo is going to have to work as hard as possible defensively to stop Promes and Berwign(spelling?). Honestly, I think we’re going to need to score a minimum of 2 goals to win this game. Van Dijk and De Ligt are going to keep Ronaldo as quiet as possible and I expect to see Ronaldo shooting from 40 yards out just to get his chances. It’s games like this where we need multiple guys who can score and we don’t have that. I predict 3-1 or 2-1 holland but god I hope I’m wrong.

Ronaldo has been doing this a long time and he is an expert at exploiting weaknesses. He will have seen De Ligt's blunder against England and Dumfries also plays on that side of defence, so I expect Ronaldo to position himself around there and...

Ronaldo has been doing this a long time and he is an expert at exploiting weaknesses. He will have seen De Ligt's blunder against England and Dumfries also plays on that side of defence, so I expect Ronaldo to position himself around there and take advantage.

Guedes, Rafa Silva or Diogo Jota, who would you pick? Frankly, Guedes seems as nervous as Felix in my opinion. I still have high hopes for both however.

I would start Rafa for his speed, and sub Guedes for his physical stature as needed
I would...

Guedes, Rafa Silva or Diogo Jota, who would you pick? Frankly, Guedes seems as nervous as Felix in my opinion. I still have high hopes for both however.

but, what do I know

I would start Jota over Guedes and Rafa Silva. He has strength, agility and speed, not to mention a fearless attacking style. Rafa and Guedes don't have his strength. When Guedes was on loan two seasons ago at Valencia, he would charge with speed...

I would start Jota over Guedes and Rafa Silva. He has strength, agility and speed, not to mention a fearless attacking style. Rafa and Guedes don't have his strength. When Guedes was on loan two seasons ago at Valencia, he would charge with speed and people would not be able to knock him off the ball, without fouling him. But after a few injuries, he isn't the same, he gets bumped off the ball way too easily.

Rafa is smart and agile, but I don't think we will do good with a fairly physical Holland team.

As far as Concelo or Semedo, if Santos is going to concede possession and hit on the counter, Concelo would be my choice. His defensive lapses are usually due him getting to far up in build up play, where he gets out of position and leaves space behind him.

I don't think a 1-0 game plan will work against Holland. If they fall behind, they will attack the wings to try to get corners and use there big man in the box. Look at what happened to England. So I think Santos really needs to get the best counter attacking team out there. I think Portugal will need at least two goals to win.

It will be a tough game against a very good opponent. Portugal needs to take advantage of counter opportunities and any mistakes. Useless air crosses into the box will not work.

Bruno and Bernardo really need to step up and show their talent on the national team stage, or else, it might be a real long night.

I think Portugal will win. I predicted in the last game on this website that Ronaldo would score a hat trick and the great man did just that. Can lightning strike twice? I certainly hope so. A win will do. ?