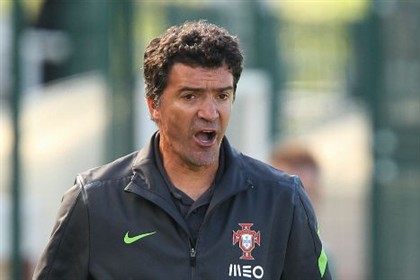 Portugal could book their place in the knockout stages of the U20 World Cup if they beat Qatar on Wednesday. The Seleção earned a well-deserved 3-0 victory against Senegal in their opening match on the weekend, thanks to goals by Gelson Martins, Nuno Santos and André Silva.

Qatar are making only their third appearance in the tournament. However, the Middle Eastern nation should not be taken lightly. They won their qualifying tournament and lost by a narrow 1-0 score line to Colombia in their first group stage match.

The Maroon are making their first appearance since they hosted the event in 1995. The squad has benefited from an influx of investment that is part of a plan to have a competitive side in place when the Qatar host the senior World Cup in 2022.

Qatar won the 2014 AFC U19 Championships beating North Korea in the final. They are coached by Félix Sánchez, who was previously in charge of the country’s U17 squad.  Sánchez lead the club to a perfect record during qualifying.

Qatar is seen by many as the weakest squad in group C alongside heavyweights Portugal and Colombia, however, Hélio Sousa told media on Monday that Portugal cannot afford to underestimate their opponents.

“They did not demonstrate that [against Colombia]. Qatar did not have a good first half but in the second, they created more scoring chances. The match could have ended differently if they managed to capitalize. They started the match slowly and waited for their chances on the counter-attack. In the second half, they were able to take possession and pressure their opponents,” Sousa said.

The Portuguese manager made a number of surprising changes in the last match against Senegal. Rebocho, Francisco Ramos and Ivo Rodrigues, who all started in Portugal’s 1-0 friendly defeat to Brazil on 24 May, were relegated to the bench. Mauro Riquicho, Raphael Guzzo and Gonçalo Guedes came in.

More changes could be coming in this match as Sousa tries to discover his best combinations before facing a strong Colombian side on Saturday. Portugal deployed a fluid 4-3-3 formation against Senegal which seemed to resemble more of a 4-2-3-1 or 4-2-4 at times. Sousa praised his squad’s performance from top to bottom, but stressed that they need to be more clinical with their finishing.

"We had some problems because Senegal are a good team, but we should have killed off the game earlier. We created enough chances to do so but didn't manage to convert them. Luckily we stayed strong, dealt with the situation and eventually made it 3-0, which was the right result."

Qatar have 10 European-based players on their squad. Ahmed Al Saadi and midfielder Ahmad Moein, who both play in Belgium with Eupen, will look to pressure the Portuguese defense. Al Saadi was the top scorer at the Asian U19 championships with five goals. Manager Félix Sánchez should go with the 4-4-2 formation against Portugal.