Portugal on track for the 2022 Euro U17 Championship 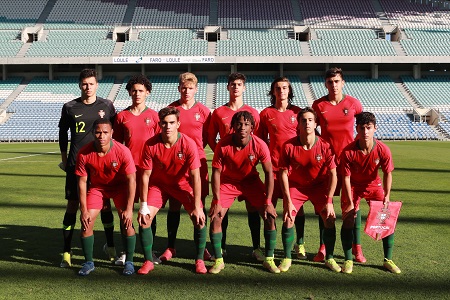 Portugal are on track to compete at the 2022 UEFA European U17 Championship after qualifying for the elite round. José Lima’s side won two of their three games in the qualifying round at Estádio Algarve.

Portugal beat Kazakhstan 5-0 in their opening match before a 2-0 win against Wales. They took the lead twice against Ukraine, but failed to close it out and suffered a disappointing 3-2 defeat.

The loss came at a cost with the Selecção das Quinas seeded in Pot C for the elite round. Portugoal’s Matthew Marshall was in the Algarve for the final two games and picks out three players to keep an eye on over the coming years. 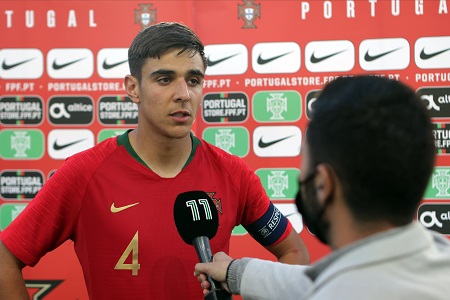 Born in Geneva, Switzerland, Diogo Monteiro made his professional debut for Servette on 6 March 2021, coming on as a late substitute against Basel.

At 16 years, one month and nine days old, Monteiro became the third youngest footballer to debut in the Swiss Super League and the youngest defender to do so.

Monteiro is a key player in central defence and his leadership qualities are clear as captain of Portugal’s U17 side.

He was impressive against Wales, in particular his ability to spot an attacking player in space and execute a long pass which instantly created attacking opportunities for his side. 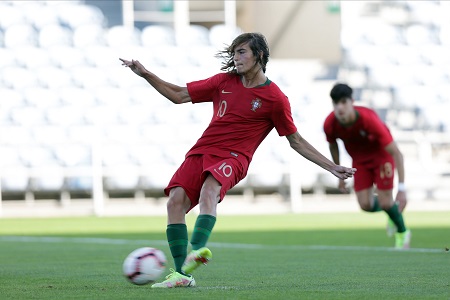 João Gonçalves was born in Braga and is currently signed for Braga’s U17 side, making an appearance off the bench for Braga’s U23 side on 22 October.

A left footed attacking midfielder with plenty of technical ability, he came off the bench against Kazakhstan before starting the final two games.

Gonçalves is adept at set-piece situations, delivering an assist from a corner against Wales and scoring a penalty against Ukraine.

There were some minor attitude issues on display, but the 16-year-old has plenty of time to mature and fulfil his potential. 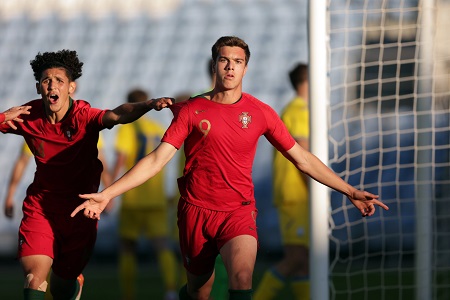 Born in Maia, the 1,85m striker is currently climbing through the youth ranks at Braga alongside João Gonçalves.

Rodrigues showcased all of his skills in the Algarve, winning possession, turning opposition players, holding the line, bringing teammates into play and scoring goals.

He is a very confident player, strong in the air and appears to have a bright future. It might not be too long before he breaks through and gets a chance at a higher level.