Will Portugal make it to the 2022 World Cup finals? 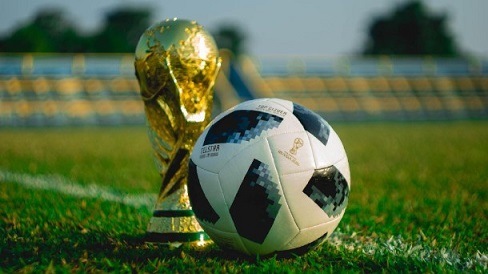 The recent international break was more important than usual, because they were the final games in the group stages of qualifying for the 2022 World Cup. A number of teams have already booked their place at the tournament, such as Brazil, Argentina, England, Spain, Netherlands, and host nation Qatar. Already fans will be looking for the odds and placing bets on who will be lifting the famous trophy next December. Will Lionel Messi finally win a World Cup? Can England bounce back from disappointment in Euro 2020? Will a smaller side surprise us all? It really has given the oddsmakers a lot to think about.

Even though the World Cup doesn’t start for almost a year, finding the Best Online Sportsbooks ahead of time is absolutely vital to anyone who is interested in betting on soccer. Bookmakersreview.com does all the hard work for you, selecting the best sportsbooks out there, so bettors can be confident that they are using a website that has all the odds and markets they want for placing bets on the Qatar World Cup.

Of course, while some big sides have a place guaranteed, a number of international teams have not yet qualified. Despite the odds suggesting they would make it through the group stages with ease, Italy and Portugal will have to negotiate the playoffs before they are confirmed as participants at the tournament.

How did this happen for Portugal? A quick glance at their squad shows a number of top quality players, such as Bernardo Silva, Rúben Dias, Diogo Jota, Bruno Fernandes, and of course, Cristiano Ronaldo. So, what happened in the group stage to mean they did not go through as group winners? Let’s take a closer look.

Serbia caused all sorts of problems

Portugal’s opponents in UEFA Group A were Luxembourg, Azerbaijan, the Republic of Ireland and Serbia. Against the first two teams, Portugal had no issues, winning all 4 matches, scoring 12 goals and only conceding one. In their second match, they drew 2-2 with Serbia, with the infamous Ronaldo non-goal proving crucial as the Seleção were denied three points because VAR was not in play to see that the Portugal captain’s shot had clearly crossed the goal-line. Usually, this result would not be a disaster, as it was early on and a draw away against the strongest group rivals is not a terrible result. The worrying part was that Portugal were 2-0 up, before allowing Serbia to get back into the game. It was more evidence that Portugal’s defence – usually a strong point under Fernando Santos – was now proving far from reliable.

It all started to go wrong with two games to go. First, Portugal played away in Dublin, and could only manage a 0-0 draw in a wretched performance. Still, as Serbia had also tied with Ireland when they played there, it meant that the point was enough for Portugal to ascend to the top of the group and everything would be decided in the final match in Lisbon, with the Serbians travelling to Portuguese capital for the Group A showdown. The odds and bookmakers still had Portugal as favourites, as they had home advantage, as well as a stronger team on paper.

It started well enough, with Renato Sanches scoring after just two minutes, meaning Portugal were on course for automatic qualification. However, by half time it was 1-1, and in the last minute the Seleção conceded again, with Serbia going through at their expense. All the Portuguese fans who had placed bets on their team to win this game would have been sorely disappointed given they were odds on to win, especially against a side placed 17 places below them in the official FIFA rankings.

Will Portugal actually make it to Qatar next November?

You would certainly hope so. Given that they have the highest international scorer of all time in Ronaldo, and a wealth of other talent such as Fernandes, Bernardo, Jota, Dias, Pote and João Félix, the odds favour Portugal making it through the playoffs, whoever they are drawn against. The fact that they are a seeded team, so will be playing the semi-final in Portugal, will certainly help matters.

However, their performance in the group stages simply cannot be forgotten when discussing their chances of progressing through the playoffs so that they touch down in Qatar in just under a year’s time. Many people will focus on the loss to Serbia in the final game where it all went wrong, but in truth most of the qualifying campaign was laboured and Portugal coach Fernando Santos has come under severe scrutiny, seemingly unable to get the best out of his players.

So, what will bettors think? Do they place bets on Portugal appearing in Qatar 2022? Or, would they be smart and find odds on them not making it? It will be close, whoever they end up playing, but we suspect they’ll sneak through. Given Ronaldo’s love for international soccer, and the fact he enjoys nothing more than scoring goals in front of millions of people watching at home, not to mention the fact it would be his last World Cup, then he will do everything to make sure Portugal qualify for the tournament.

Here’s a wild idea, quick, someone write another article about if Portugal will be at the World Cup. Who’s in charge of these Portugoal article ideas... Fernando Santos wife? I mean for gods sake nothing has changed in the last week here. Santos...

Here’s a wild idea, quick, someone write another article about if Portugal will be at the World Cup. Who’s in charge of these Portugoal article ideas... Fernando Santos wife? I mean for gods sake nothing has changed in the last week here. Santos is still the coach, nobody can consistently score other than Ronaldo(probably should play less), Pepe is 58, Joao Felix thinks he’s neymar, nobody can shoot the ball from 25 yards out on target, moutinho is also 58, Neves is slow and can’t defend anyone without fouling, Jota is only great with the right structure(see problem #1), Bernardo is a center mf(Pep gets it), Leao needs to play more and be trusted even if he makes mistakes, Guedes and Rafa Silva aren’t good enough at the highest level(where we should be), Neto is desperately missed and assuming he comes back healthy and plays well for wolves...he should be our starting Left winger over every Portuguese man on the planet, everyone knows Renato is an automatic starter just like Palhinha is, Rui Patrick can’t pass the ball 25 feet in front of him and he’s digressing every year, we need a better goalie that can build from the back immediately. The list goes on and on but...........

Happy thanksgiving to my fellow Americans

LOL! Could not have said it better myself Justin.

I cant wait for Portugal to deploy Santos latest formation the quadruple pivot!