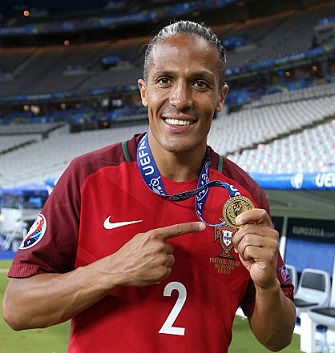 Former Portugal international defender Bruno Alves has announced his immediate retirement from football at the age of 40.

Alves spent last season in Greece with Apollon Smyrnis, where he missed the last month of the campaign with injury. On Sunday, the veteran stopper took to Instagram to confirm he has kicked his last ball as a professional.

“Today I inform you that I am ending my career as a football player, being grateful for everything and everyone: clubs, managers, coaches and people who have been involved in my sporting life. Thank you to my family and friends for all the support at all times. This journey ends, but other opportunities will arise. See you soon. Thank you.”

Alves played 96 times for Portugal – scoring an impressive 11 goals – making him the 8th most capped Seleção player of all time, ahead of the likes of Rui Costa and Ricardo Carvalho. The defender was handed his full international debut at the age of 25 by Luiz Filipe Scolari in June 2007 against Kuwait.

At club level, Alves enjoyed his best success with FC Porto, where he won four Primeira Liga titles and developed his reputation as a fearsome defender. There were further league titles in Russia (Zenit) and Turkey (Fenerbahce) while Alves also had spells in Greece with AEK Athens, Scotland with Rangers and Italy at Cagliari and Parma.

Of course, Alves was a member of Portugal’s European Championship winning squad at Euro 2016, and played the full ninety minutes of the semi-final victory over Wales in the absence of long-term associate in defence Pepe.

Alves’ mention of other opportunities arising in his statement comes as reports link him with coaching positions in Greek football. According to local press stories, AEK Athens are keen to add Alves to their staff having recently appointed Argentina boss Matias Almeyda.

A Porto and Portugal legend. May he enjoy his retirement. Thanks for the memories Bruno.

A legend and one of my favorite Portuguese players of all time. A great NT servant who gave his heart and soul to the NT.
He could be prone to errors at times but love the commanding and physical attributes he brought to the NT.

A legend and one of my favorite Portuguese players of all time. A great NT servant who gave his heart and soul to the NT.
He could be prone to errors at times but love the commanding and physical attributes he brought to the NT.

I will always remember being at the 2014 pre WC friendly with my younger son in Foxboro, MA against Mexico where he stunned us with a classic header to win the game 1-0 in the late few minutes. His name will forever be remembered in Portuguese NT greats and contributors who goes out in glory. Thanks for the great years and wonderful memories Bruno! Remember the name Bruno Alves.

WE WATCHED YOU PLAY AND LOVED YOU DEFENDING PORTUGAL.

You are one of the few, taken Selecao to great prominence.

I wish you all the best in your future endeavor.

THANK YOU ONCE AGAIN