Players who were born outside Portugal but who became Seleção stars 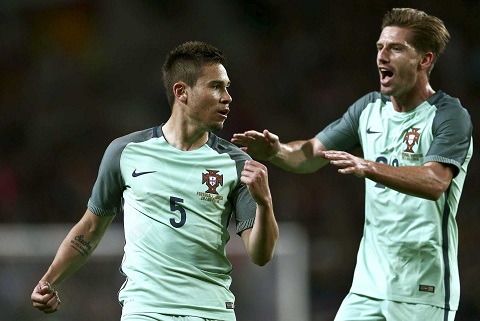 The Portuguese for many years, through their voyages across the seas, have settled in various places around the globe, so it is no surprise that many football players around the world are Luso-descent. They are children or grandchildren of Portuguese who left their country and organised their lives away from the motherland.

More and more descendants of emigrants are playing for Portugal, at its various levels, and despite some exceptions, the truth is that most of them have no doubts when it comes to choosing whether to play for the national team of the country where they were born or for the country where their parents came from.

Eight of Fernando Santos’ 23-man squad for the 2018 World Cup were born outside Portugal. Adrien Silva, Cédric Soares, Anthony Lopes and Raphaël Guerreiro are examples: they were born in France and Germany but have Portuguese parents.

As for other countries, William Carvalho and Gelson Martins have dual nationality - the first was born in Angola and the second in Cape Verde - but they had no doubts about choosing Portugal when it came time to representing the senior national team, after doing so at youth level. Pepe is a different case because he is a naturalised player. The centre-back, who plays for FC Porto, was born in Brazil but chose to represent the Seleção. The same process has occurred recently with Otávio Monteiro and Matheus Nunes.

France’s star name could have played for the Seleção

Antoine Griezmann was the number one star of the French national team at Euro 2016 but he has a very special connection to Portugal. The Atletico Madrid and France forward could even wear the Portuguese jersey because he is the grandson of Portuguese citizens on his mother’s side. His maternal grandfather, named Amaro Lopes, was even one of the great footballers of FC Paços de Ferreira. After his football career, in 1957, he emigrated to France, more precisely to Macôn, about 70 km from Lyon with his wife Carolina and children.

Griezmann, who only knows a few words in Portuguese, does not hide his connection to Portugal. In 2014, when Portugal played against the French national team, the Luso-descendant forward even said in a statement to L’Equipe that it was a “special game, even more so because my grandfather, Amaro Lopes, was a professional at Paços de Ferreira”.

The possibility of wearing the jersey of the Portuguese national team was even talked about. According to Maisfutebol, which heard a distant cousin of Griezmann, Portugal would even have reached the striker. José Lopes, Griezmann’s uncle, says the possibility was discussed after an incident in the French U20 team that culminated with the suspension of five internationals because of an unauthorised night out. Antoine Griezmann, who was playing for Real Sociedad at the time, served a heavy suspension, but ended up returning to the national team and is now one of France and Atlético de Madrid’s stars.

Three Euro 2016 heroes who were born outside Portugal 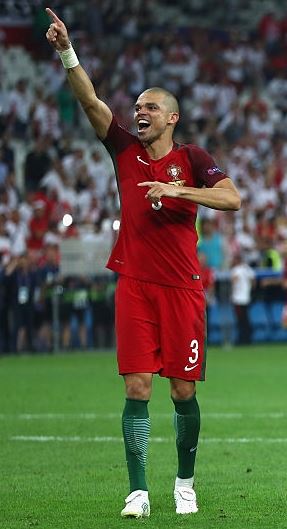 Pepe: from Brazil to the Portuguese national team

Képler Laveran Lima Ferreira was born on 26 February 1983 in Maceió, Brazil. Starting his career in Brazil, Pepe stood out wearing the jersey of FC Porto, where he became an undisputed starter until he was transferred to Real Madrid. While in Portugal, he began the naturalisation process and expressed his interest in representing the Portuguese national team. In August 2007 he became a Portuguese citizen. He made his debut for the Portuguese national team, when it was led by Luiz Felipe Scolari, on 22 November 2007, at Estádio do Dragão, in a match against Finland.

Raphaël Guerreiro - The son of Portuguese emigrants and born in France, he made his debut for the U21 national team in 2013

His father is from the Algarve, where, curiously enough, Raphaël made his debut for the national team in the presence of many of his relatives and where he often spent his holidays. His family is divided when it comes to club colours. “My father supports Benfica, I have a brother who supports FC Porto and another who supports Sporting,” the left-footer said in 2013 in an interview with Eurosport.

Cédric was born on 31 August 1991, in Singen, southern Germany, where he lived the first years of his life. He played for Sporting since he was seven years old, influenced by his older brother Kevin, who was already playing there. Cedric continued playing for Sporting before heading to Southampton in 2015, where he was considered one of the best full-backs in the Premier League.

He made his debut in the Portuguese jersey on 11 October 2014 against France at the Stade de France (1-2). 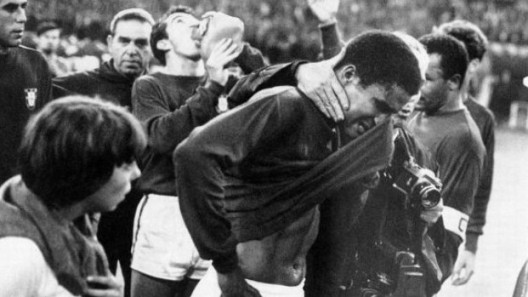 Above are listed several players born outside Portugal who have graced recent Seleção teams. However, it is not a recent phenomenon. The man who first made the global sports audience stand up and take notice of Portugal as a football nation, the great Eusébio, was born in Mozambique, as was Mário Coluna, another giant of the 1966 World Cup. Another of Portugal’s all-time greats is Deco, Brazilian born but a crucial member of the Seleção in the early part of this century.

With sizeable Portuguese emigrant communities all over the planet, and huge influxes of footballers coming to the country’s Primeira Liga at an early age from Portuguese Africa and Brazil, we can expect plenty more footballers to be added to the list in future years.