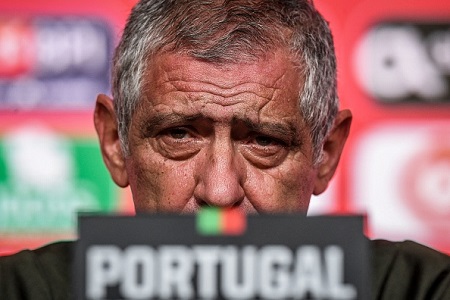 The FIFA World Cup 2022 is mere months away, and football fever amongst fans and bookmakers alike is rising.

The World Cup kicks off in Qatar on 21 November, and while the final squads won’t be announced until approximately six weeks before the big kickoff, there is a lot of speculation surrounding who will be representing Portugal at the World Cup and who will miss out.

Which players have the highest odds of taking to the field for Portugal in the FIFA World Cup 2022?

Ironically, despite hardly playing at all this season, the safest bet is certainly Cristiano Ronaldo, who will turn 38 in February 2023. It will be the Portugal captain’s last World Cup and he will be itching to do something special for the Portuguese World Cup team and add to his plethora of achievements, especially in a difficult phase of his incredible career when he is no longer first choice at his club side.

Ronaldo’s teammate at Old Trafford Bruno Fernandes is another safe bet to make the squad, as are Manchester City players Bernardo Silva, João Cancelo and Rúben Dias, and Liverpool’s Diogo Jota as the “English armada”. Barring any injuries, these half dozen players are shoe-ins and garner the greatest odds to take to the field for Portugal on 24 November when the team takes on Ghana.

Other certainties to make the plane to Qatar are Porto duo Diogo Costa and Pepe, backup goalkeeper Rui Patrício, left-backs Raphaël Guerreiro and Nuno Mendes. It would be a big surprise if coach Fernando Santos did not select his trusted midfield duo of William Carvalho and Danilo, the latter with the added bonus of being able to step in at centre-back.

That makes it 13 core players that we can virtually guarantee will be in Portugal’s World Cup 2022 squad. As for the rest…

Portugal were up and down in the recent UEFA Nations League games, putting in lacklustre performances in away matches against Spain and Switzerland, in contrast to two excellent showings in the two home matches at the Estádio Jose Alvalade in Lisbon, especially the exhilarating 4-0 thrashing of Switzerland.

As in the previous European Championship, managers can name 26 players instead of the usual 23. Fernando Santos went with the following 26-man squad for the Nations League matches in June:

It is an extremely formidable squad, and that is before you consider the likes of those not selected in June, such as Renato Sanches, Pedro Gonçalves, Nélson Semedo and even Fábio Carvalho, who will all feel they have a chance of making it to the Middle East in November considering the way they have started the season.

The profile of Portugal has never been higher with so many of their players performing brilliantly in the EPL, the world’s most watched and prestigious league. The Seleção is therefore well backed among football fans and bookmakers, with the odds of Portugal taking the Cup currently ranging at +1200 (12/1) and +1400 (14/1) at the most popular sportsbooks. That said, they would have to pull out all the stops if they want to get past Germany, France and Brazil, who currently have better odds at +900 (9/1), +550 (11/2) and +500 (5/1) respectively of winning the FIFA World Cup 2022 at the top bookmakers.

For punters that enjoy taking advantage of a promotion, consider using the bet 10 get 30 offers for the World Cup when placing a wager on or against Portugal. Simply deposit and wager 10, and you will receive a further 30 as bonus funds for your next wager once your initial wager concludes, which could be handy for the next matches.

Portugal plays in group H alongside Uruguay, South Korea and Ghana, with the Seleção kicking off against Ghana on 24 November. Portugal will then face off against Uruguay on 28 November and South Korea on 2 December, so there is ample opportunity to place a wager on them.

If Portugal win Group H, it will theoretically forge a more favourable pathway to the final, especially as finishing runners-up in the group could mean a Round of 16 meeting against Brazil, as ever one of the outright favourites to win the tournament. Nevertheless, even if Portugal start strongly, it will likely be a familiar European team awaiting them in the quarter-finals, probably Spain or Germany. This will obviously be no easy feat as both these teams have shown strength in the last year, but Portugal will not feel overawed.

Is Portugal destined for greatness?

As much as bookmakers and fans like to speculate, we will have to wait until November to hear the announcement of the 26 names that will represent Portugal at the World Cup, but early-season indications of Portugal’s players around the different leagues must leave Seleção fans admitting things are looking pretty rosy.

Whilst Group H is comprised by four strong teams and Portugal will have to play three tough matches to start their campaign, the odds for this group are in their favour and it could be just the preparation Fernando Santos and his squad need to embark on a memorable FIFA World Cup 2022 tournament.

I'm a big fan of the decision to allow coaches to select 26 players rather than 23. We have a ton of depth in several positions, so it's great that we can include a bunch of guys with different skill sets.

When looking at our forwards and...

I'm a big fan of the decision to allow coaches to select 26 players rather than 23. We have a ton of depth in several positions, so it's great that we can include a bunch of guys with different skill sets.

When looking at our forwards and wingers, I'd say that barring injury Ronaldo, Jota, Felix, and Leão are all but guaranteed a seat on plane to Qatar. That leaves space for 2-4 more guys depending on who he picks to fill in spots 24-26. One will probably be a #9, so one of Andre Silva and perhaps Gonçalo Ramos. And then we'd likely have Guedes, Rafa, Neto, and Fabio Carvalho competing for the remaining spots.

In midfield is where we will have the greatest depth and that's where I feel Santos will opt to deepen his options to more than just six guys.

Bernardo and Bruno will be on the plane for sure. I would include Neves, William, and Renato to that list as well as they've all proven to be favorites of Santos when available. Then we have Moutinho, Matheus Nunes, Otavio, Vitinha, João Mário, and Palhinha. Even with the expanded roster size, there will be some quality players left at home.

The 8 or so defenders Santos calls up are easier to predict. Pepe, Dias, Danilo, Cancelo, Mendes, and Guerreiro are locked in. Dalot, Nelson Semedo, David Carmo, Inácio, and perhaps even José Fonte are all options as well.

I personally would go with players who would suit the style I'd want to play, but I feel Santos will give preference to his guys. Don't be shocked to see Moutinho, William, and João Mário make the cut over the likes of Vitinha and Fabio Carvalho. He's going to pick the players he trusts to carry out his game plan even if they're not the most talented or most in form.

Jon, what game plan are you referring to?

I would not bring Andre Silva, Pote or Goncalo Ramos are ahead of him

Obviously, I am no professional, but Santos needs to think out of the box. His old mentality needs to

My opinion on the starting 11 is purely based on who's HOT now and not on a player's history. I am a huge CR7 fan, but he cannot be in the...

Obviously, I am no professional, but Santos needs to think out of the box. His old mentality needs to

My opinion on the starting 11 is purely based on who's HOT now and not on a player's history. I am a huge CR7 fan, but he cannot be in the starting 11, he will be a Super Sub in the case one of the other players are not pulling their weight (Felix) for example.

Depending on the opponent, I would go with a 3-4-3 and with Ruben Matheus or Palhinha supporting the defense.
Portugal needs to score first and put the other team on defense, we CANNOT do the same old sh8t and sit back on defense and hope for a miracle goal.
We have on paper a good enough team to beat anyone in the world cup and win.
Our subs would be top 11 in any other team! WHY WASN'T RUBEN DIAS IN THE LIST ? and why was William Carvalho in the list?

I think we just need to play with more intensity. Whether that means faster players (younger) or a pressuring system