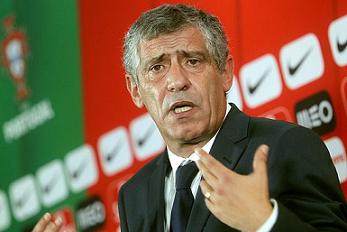 Seleção coach Fernando Santos has named his first squad since Portugal were crowned European Champions in France in July.

FC Porto striker André Silva and Valencia right-back João Cancelo have received their first call-ups to the senior side.

In relation to the Euro 2016 squad, Vieirinha and Ricardo Carvalho drop out, with Luís Neto and Bernardo Silva called up.

Captain Cristiano Ronaldo is out as he continues to recover from the injury he picked up in the Euro 2016 final in Paris.

Pepe and Renato Sanches have not yet played for their respective clubs (Real Madrid and Bayern Munich) as they too recover full fitness, but both are included in the squad as their clubs have declared they will be fit to play.

Portugal play Gibraltar on Thursday in a friendly at the Estádio de Bessa in Porto, before commencing the 2018 World Cup qualifying campaign against Switzerland at St. Jakob Park in Basel on Tuesday 6 September.

Where's Coentrao? Is he still hurt?

Good question, what to do with Coentrao when he is healthy? Guerreiro is a stud...

Carlos
This comment was minimized by the moderator on the site

What do you mean what to do? Ofcourse use him as a sub instead of using Eliseu as one.

Good point, I forgot about Eliseu, Coentrao on the bench makes sense, I hope his injuries have not derailed his career...and gets a shot with Madrid again...

Manuel
There are no comments posted here yet