Portugal’s greatest moments at the Euros 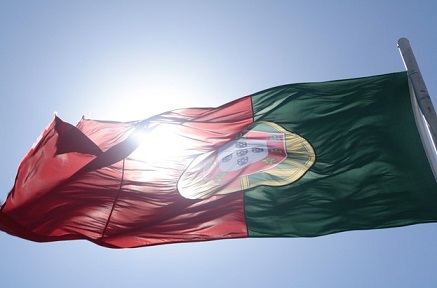 As we all know, reigning champions Portugal were sadly knocked out of Euro 2020 by Belgium in the Round of 16. Portugal mostly put in a solid performance against tough opposition, but it was ultimately a tournament that will leave few good memories for the Seleção.

Italy have looked strong so far, while England are making the home advantage they have enjoyed in most of their matches count. Who could win the tournament is still very much up for debate. You can check out euro 2020 betting on Casumo for all the latest odds and news.

As we wait to see which nations make it to the final, let us take a look back at Portugal’s greatest moments at the Euros over the years.

Portugal may have lost 3-2 to Euro hosts France in the semi-final in 1984, but the game will always be remembered as one of the most vivid matches in the tournament’s history. After going one down, Portugal fought back with Fernando Chalana continuing his brilliant form and Rui Jordão scoring a brace to put the Seleção into the lead in extra time. A dramatic end saw France come back with Michel Platini scoring the last-moment winner.

Cruising to the quarter-finals at Euro 1996

The game that enabled Portugal to get to the quarter-finals of Euro 1996 was one of the team’s finest moments in all of their Euro appearances. Portugal cruised into the quarter-finals with a 3-0 win against Croatia. The Portugal team applied some clever finishing to its build-up play, resulting in amazing goals from Luís Figo, João Pinto and Domingos.

Storming comeback against England at Euro 2000

Portugal made it to the semi-finals in 2000. But the team’s greatest game was the opening Group A fixture against England. Portugal were 2-0 down early on, but managed to level the scores by the break thanks to two brilliant goals from Luís Figo and João Vieira Pinto. In the 59th minute, Nuno Gomes scored the winning goal to claim a famous 3-2 victory.

Reaching the final of Euro 2004

Getting to the Euro final in 2004 is one of Portugal’s greatest accomplishments, even if the team did not beat Greece to win the tournament. As tournament organisers, the Seleção hosted the final at the Estádio da Luz in Lisbon, having impressively knocked out England and the Netherlands in the previous rounds. Somehow, despite defying odds of 80-1 at the start of Euro 2004, Greece managed to win the final 1-0, with Angelos Charisteas scoring the winning goal. Of course, Portugal fans were crushed that Portugal did not win, but the tournament as a whole will always be remembered as one of Portugal’s most memorable Euro moments.

An outstanding semi-final at Euro 2012

While Portugal lost to Spain in the semi-finals of Euro 2012 in a penalty shootout, anyone who saw the match can tell you Portugal more than matched a Spanish side that was completely dominating international football at the time. Portugal outplayed Spain for much of the initial 90 minutes, then held on in extra time. Spain won 4-2 on penalties to get to the final.

Portugal’s greatest moment is of course beating the two-time winners France 1-0 after extra time at the Stade de France on France’s home turf in 2016. The game was the fifth Euro final to end in a draw after 90 minutes and only the second in which the winners were decided after extra time, after the very first Euro championship of 1960. Substitute Eder struck the winning goal into the back of the net with a low shot from 25 yards away. The Portuguese contingent of the crowd went wild, as did the whole country back home.

Except for winning in 2016, the other moments are more painful than great at least to me. The table was perfectly set for us in 2004 and we lost at home to Greece. To Greece?!! Ask a french person how they felt about losing to...

Except for winning in 2016, the other moments are more painful than great at least to me. The table was perfectly set for us in 2004 and we lost at home to Greece. To Greece?!! Ask a french person how they felt about losing to Portugal at home in 2016. Yes, we played head to head with Spain in 2012 but then #$%@ the bed on penalty kicks with two kicks sailing over the bar and CR7 and even getting to shot a PK. Again just my opinion.

Great moments ending in disappointment until Euro 2016. Let's look past our victory in Paris. Terrible 2018 WC campaign, repeat of the same disaster in Euro 2020. Enough is enough. It's high time we turn up for 2022 WC. We have to win the WC...

Great moments ending in disappointment until Euro 2016. Let's look past our victory in Paris. Terrible 2018 WC campaign, repeat of the same disaster in Euro 2020. Enough is enough. It's high time we turn up for 2022 WC. We have to win the WC trophy. That's the belief. Let's show the whole world that what Portugal capable of. We are the navigators, we discover countries, we trade, we never give up. We are going to win the World Cup surely.

Read More
Nishanth Dsouza
There are no comments posted here yet