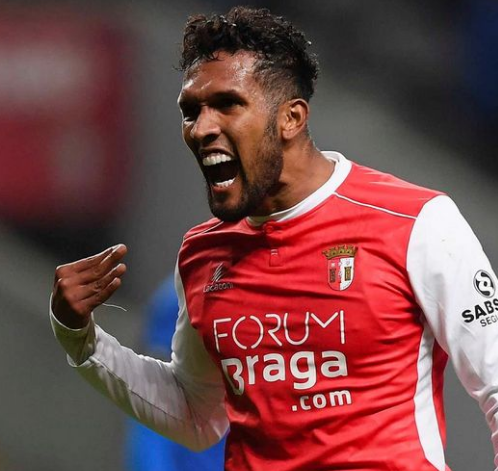 The penultimate Liga NOS weekend before Christmas had a familiar feel to it with the top four again all registering victories to keep the title race tight, while the presence of new manager Tiago Fernandes was unable to prevent the doom and gloom at Chaves as they fell to defeat against a Moreirense side who impressively rise to 8th place.

This edition of Figure of the Week focuses on a player who has quite quietly been establishing himself as one of the deadliest strikers in the division, and indeed Braga’s Dyego Sousa is now joint top goalscorer in the country after his hat-trick blew away Feirense on Friday night.

Braga are having another impressive season under the guidance of manager Abel Ferreira, keeping up the pace with “The Big 3”, and indeed have only suffered defeat once in the league so far this season. Spearheading their strong squad has been the Brazilian striker Sousa, who after some rocky times in Portugal is really starting to show what a talented player he is.

The 29-year-old is a classic “number 9” in many ways, often playing off the shoulder of the last defender and boasting good strength and speed too. He has displayed these qualities in the top division since joining Marítimo in 2014 but he’s also had his share of controversy too. A brutal elbow in the Madeira derby against Nacional a few years back springs to mind, while he was forced to serve a 9 month domestic ban (of which he served around 7) after clashing with an assistant referee during pre-season 2016/17.

However he managed to put these troubles behind him and moved onto a bigger side in Braga, and while fitness and form saw him struggle for regularity in the XI last season, he has been a fixture in the team this time around and has rewarded Ferreira’s faith in him with 14 goals in 18 matches across all competitions.

Goal number 12 for Sousa arrived in the 27th minute of Friday night’s home clash with Feirense, and it was taken in terrific fashion. The Brazilian displayed some of his aforementioned attributes in running in behind Antonio Briseño, twisting and turning past opponent before calmly slotting past Bruno Brigido.

Braga were 2-0 up just before the break as Sousa showed his aerial ability to double his tally, Brigido unable to keep out the powerful effort from Bruno Xadas’ cross.

Sousa was able to complete his treble in a more simple manner in the 68th minute, slotting a penalty straight down the middle after Raúl Silva had been brought down in the box.

Braga went on to add a 4th in a dominant victory that keeps them in touch with the chasing pack. This season’s title race appears very close with Braga legitimately looking serious contenders on current form. They have a chance of what would be a first ever league championship victory if Sousa can keep up this level of firepower.